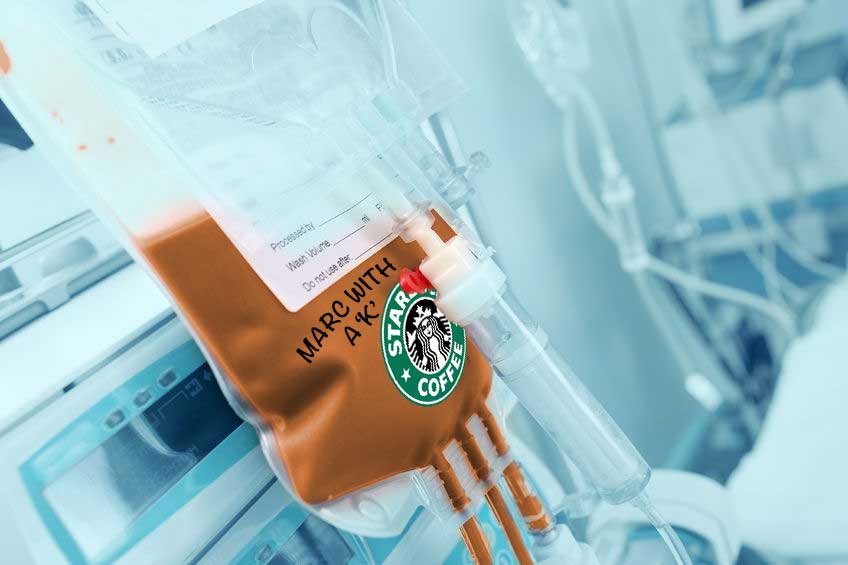 SEATTLE, WA – To help mitigate caffeine withdrawal in its hospitalized customers, Starbucks will be partnering with inpatient pharmacies for a limited time to provide Frappuccino drips and infusions to those who need it most.

Johnson’s vision initially involved health care facilities in the Seattle area, but realizing that this was a nationwide problem soon expanded the operation to involve hospitals across the country.

Starbucks baristas have paired with pharmacists, and are undergoing crash courses to learn how to properly introduce coffee into IV bags.  From there, rapid IV push is the preferred method of administration, though it can be slowly-infused to prevent one’s veins from burning.

“We anticipate this to be a healthy partnership and may even be more wildly popular than our Unicorn Frappuccinos,” Johnson added.  The Unicorn Frappuccino was offered for only 4 days in April 2017.  “The fact we can get the Starbucks logo at a patient’s bedside, call that a win.”