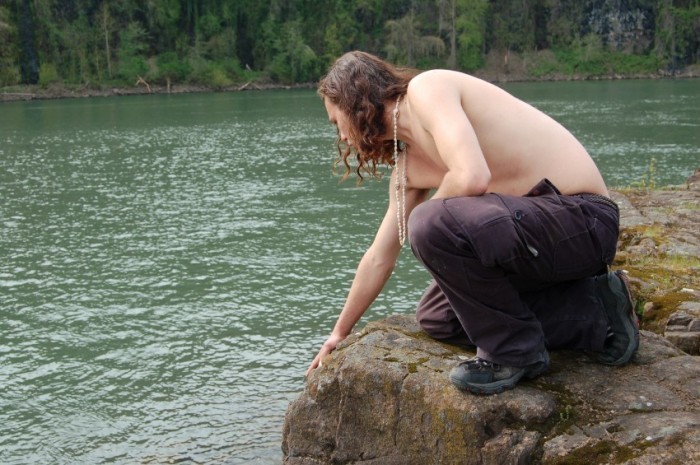 ST. LOUIS, MO – Roger Springfield, a 28-year-old internal medicine resident at St. Louis University Hospital, was rescued last weekend by conservationists after being abused and held captive for nearly three years.  Roger cried when he realized he was being set free.

“Roger was in pain, immense pain from all the note writing,” said Pamela Brooks, founder of Residents SOS.

“His scrubs and white coat were tattered and bloodied.  He was barefoot.  He was bound so tightly by his schedule, just worked to the bone.  He was in the hospital thirty hours at a time, sometimes working weeks in a row without a day off.  He was pimped, scutted ruthlessly.  Attendings scolded him. He was isolated in a dank, dark call room without bed sheets and a pillow that could be measured in millimeters in thickness.  He was sleep deprived and poorly fed, surviving on graham crackers, saltines, the nurse’s candy drawer, and caffeine alone.  Sometimes, his captors would make him admit on clinic days.  Talk about an act of cruelty.”

Under the cover of night float, a team of conservationists, anthropologists, and psychiatrists, through the direction of Residents SOS, rescued the abused Roger, though not without some resistance.  Roger’s medicine program captor tried to chain him down further with work rounds, PowerPoint presentations, and overnight calls, but to no avail.

“He was listless,” said Myra Stevens, a clinic patient of Roger.  “He looked so pale and thin.  Whenever I could, I provided him with water and bread while he sat at the computer typing notes.”

“He reeked, occasionally smelling of frank urine,” said Simone Jones, a nurse on Unit 32 who has worked with Roger.  “I offered to comfort him, even bathe him, but he usually just mumbled something about needing to write discharge summaries and vanished.”

Members of Residents SOS reported that the rescue was incredibly emotional, with tears streaming down Roger’s face.

“Residents are beautiful and smart creatures,” said psychiatrist Erica Mayfield, a member of the Resident SOS rescue team. “They are capable of emotion.  When he realized what was happening, that the rescue was actually likely to succeed, he couldn’t hold back the tears.  We offered him warm milk, covered him with his childhood blanket, and started talking to him softly, comforting him.”

Roger spent several days at the Resident Conservation and Care Center in St. Louis, where his physical and emotional wounds were addressed.  He met with other residents, including three rescued earlier this month from surgical, pediatric, and gynecologic captivities, and bonded over their plight.  He was slowly introduced to sunlight and human contact, and is reportedly doing very well.

Later today, Roger will reunite with his family and friends, many of whom he hasn’t seen since he was kidnapped from medical school and placed into medicine captivity in the summer of 2011, under the guise of “The Match.”  Many had lost hope and doubted whether they would see Roger again.

“I wouldn’t wish this ordeal upon even my worst enemy,” said Roger’s mother Barbara.  “He’s home now and we can let the healing begin.”

According to Mayfield, medical residents can live up to a hundred years.  She believes that Roger the resident has at least ten more years ahead of him not including the 3-6 years to recover from the atrocities of residency.