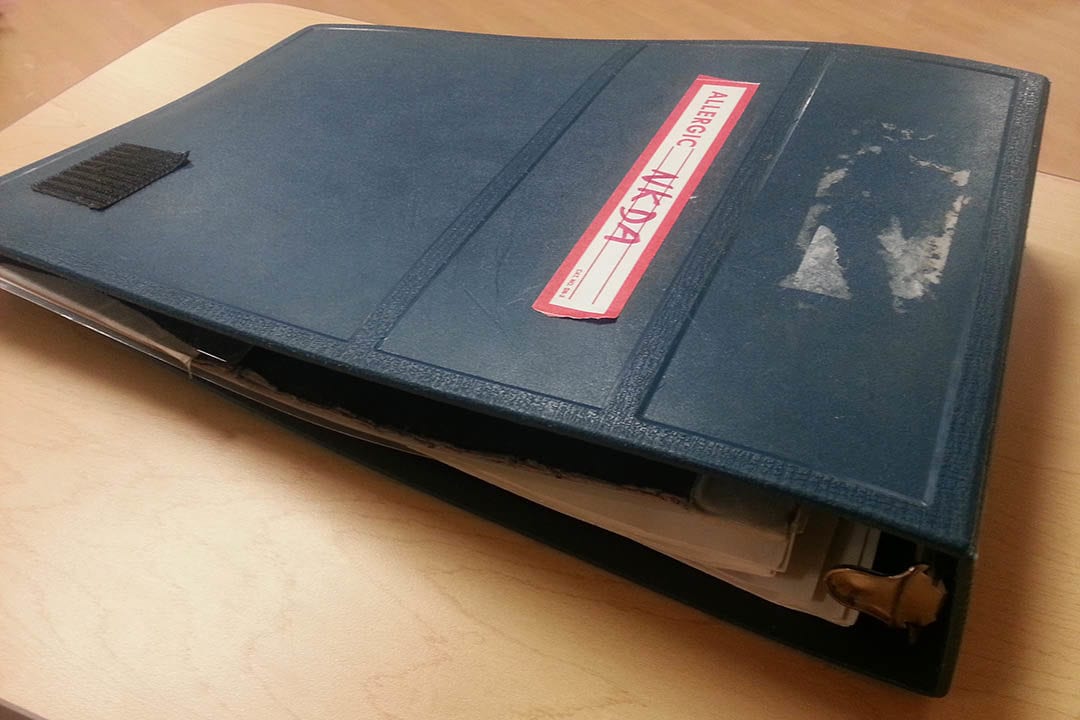 NEW YORK, NY – Citing slow load times, confusing menu structure, and overall frustration with the user interface, St. Barnaby’s Hospital has announced that the old electronic health record (EHR) will be replaced with a new state of the art binder-based system, in which a so-called “paper chart” is kept for each patient.

The new system, brainchild of prominent New York internist Dr. Brent Shelby, was developed to improve efficiency of workflow on the wards and to cut down on the burden of useless autopopulated information that currently makes up approximately 95% of every clinical note in the EHR.

“I found that I was spending up to 30 minutes trying to cut and paste together a decent medical history from twelve different outpatient encounters in the EHR,” stated Dr. Shelby as he scrolled through a typical patient’s medical record.

“Take this consult note for example.  It’s nothing but a negative allergy history, a list of expired medications, and a religious preference.  I don’t think the doc actually wrote anything.”

According to Dr. Shelby, the chart will provide instantaneous access for ordering medications, an improvement on the approximately 15 minutes it currently takes to log in, pull up a patient by searching the floor census, accessing the current visit, searching the order database, entering the order, selecting a dose range, selecting an administration time and stop date, submitting the order, approving the allergy override, clicking Yes to “Are you sure?,” and finally a 20-second period of waiting for the hourglass to vanish.

In contrast, with the new system, a physician will open the chart and write “Tylenol 500 mg PO now,” close the chart, and place a flag up to indicate an order has been placed.

So far, nursing and residents have been very pleased with the new system.

“Well, I don’t need to go up to the neurosurg call room any more to use the one computer that works,” said intern Jeb Kowalski.  “Plus, it takes less time to physically copy from yesterday’s note than it does to cut and paste in that slow-ass EHR.”

Floor nurse Jennifer Wilks agreed: “Yes, now there’s no electronic evidence that I didn’t follow a stupid order from that moron intern Kowalski.  I just rip out the page of orders I don’t like and no one ever knows.  It’s awesome.”

At press time, several physicians we observed were throwing their office computers out the window and dancing ecstatically in the hallway.