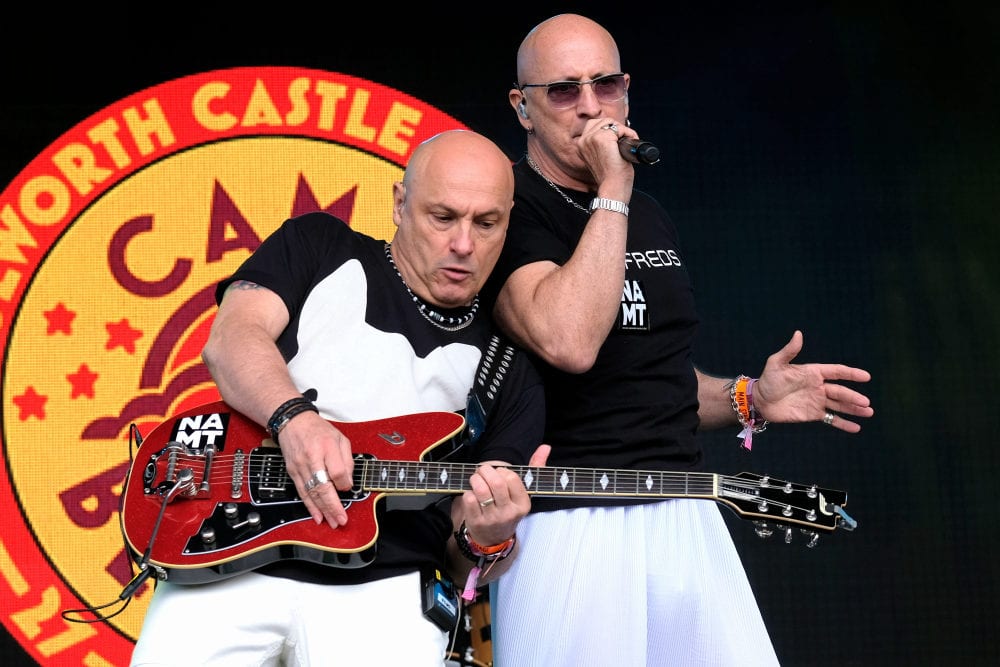 LONDON, ENGLAND – Despite a battery of noninvasive and invasive diagnostic tests, doctors at London Medical Center remain puzzled, as they are still unclear why British dance-pop group Right Said Fred are so sexy it hurts.  The self-proclaimed steamy duo of brothers Richard and Fred Fairbrass have been afflicted with sexiness since 1992.

“Sexiness is very contagious,” said ID attending Leanne Burton, who was not too sexy for this consult.  “But so is HIV, hepatitis, and influenza.”  Fortunately for Right Said Fred, all infectious etiologies were negative, including meningitis, syphilis, and gonorrhea.  “What we have here is a classic example of an SUO: sexiness of unknown origin.”

Internist Kelli Bowman has been the primary caretaker for Right Said Fred and believes she is not too sexy for her patients.  “With all the negative results, they kept asking me, ‘What d’ya think about that?’ over and over again,” said Bowman as she looked up “acute sexy” on UpToDate.  “But then one day, Fred kept proclaiming he was too sexy for his car, by far, and too sexy for his hat.  Neither brother has cars, hats, or cats for that matter.  I called psych.”

“When you meet them, they’re pretty sexy,” said psychiatrist Kathryn Potts, fanning herself with a patient list.  She takes a few moments to gather herself.  “As for why they hurt?  That I can’t explain.  They don’t appear to be hallucinating or delusional.  Their pain isn’t psychogenic.  Their sexiness isn’t causing an emotional hurt.”

The hot and seductive Fairbrass brothers have been hospitalized for two weeks now.  Doctors pushed for more deliciously diagnostic tests, but the bald and beautiful brothers began refusing, stating they were “too sexy for these biopsies” and “too sexy for these bowel preps.”  Physical therapy (PT) was consulted and both Richard and Fred are doing well.