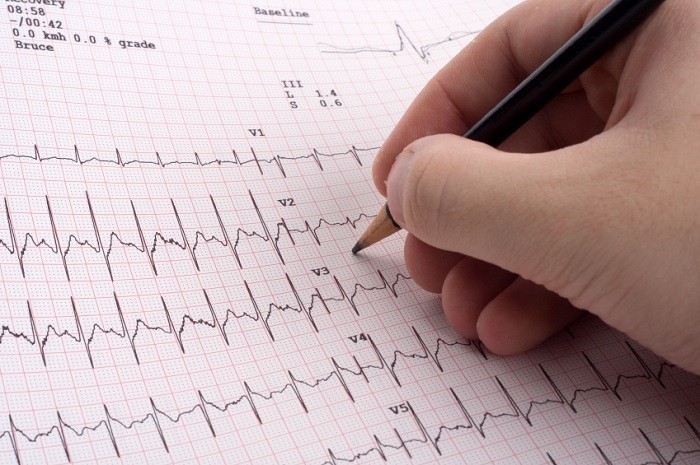 TOPEKA, KS – Veteran cardiologist, Dr. Ernesto Rodriguez, appeared on 20/20 last night with a shocking revelation.  Dr. Rodriguez admitted to just using the computer interpretation of EKGs as his own interpretations for the past 15 years.  He hopes to shed light on a growing trend in cardiology and put a stop to it.

“Usually the computer interpretation is right,” said Rodriquez.  “I was running out of daylight hours to see my kids and I was in a rush.”  Rodriguez was referring to a pile of EKGs that he would be handed at the end of the day to read for outlying clinics.

“Interpreting an EKG could take 5-10 minutes for each EKG, especially if I needed to calculate the QTc.  I got paid $25 an EKG and some days I would have over 50 EKGs to read.  Simply signing my name next to the computer interpretation was so much faster.”

Rodriguez went on to say that he would add “no ST changes” or “normal T wave progression” next to the computer readout just to make it look like he actually read the EKG himself.

Surprisingly, very few mistakes were made from the computer in all of those years.  In all, maybe 2 posterior MIs were missed, one WPW syndrome, and one long QT syndrome, but overall not too bad for 1000s of EKGs.  Dr. Rodriguez is retiring this year, but by coming forward with his revalations, he hopes to change matters.  Hospital insurance companies now plan to use the EKG computer interpretation instead of hiring cardiologists from here on out.

“Thanks!” was the very sarcastic response from the American College of Cardiology.  “I guess we will just have to go and steal more business from the cardiothoracic surgeons to make up for this!”