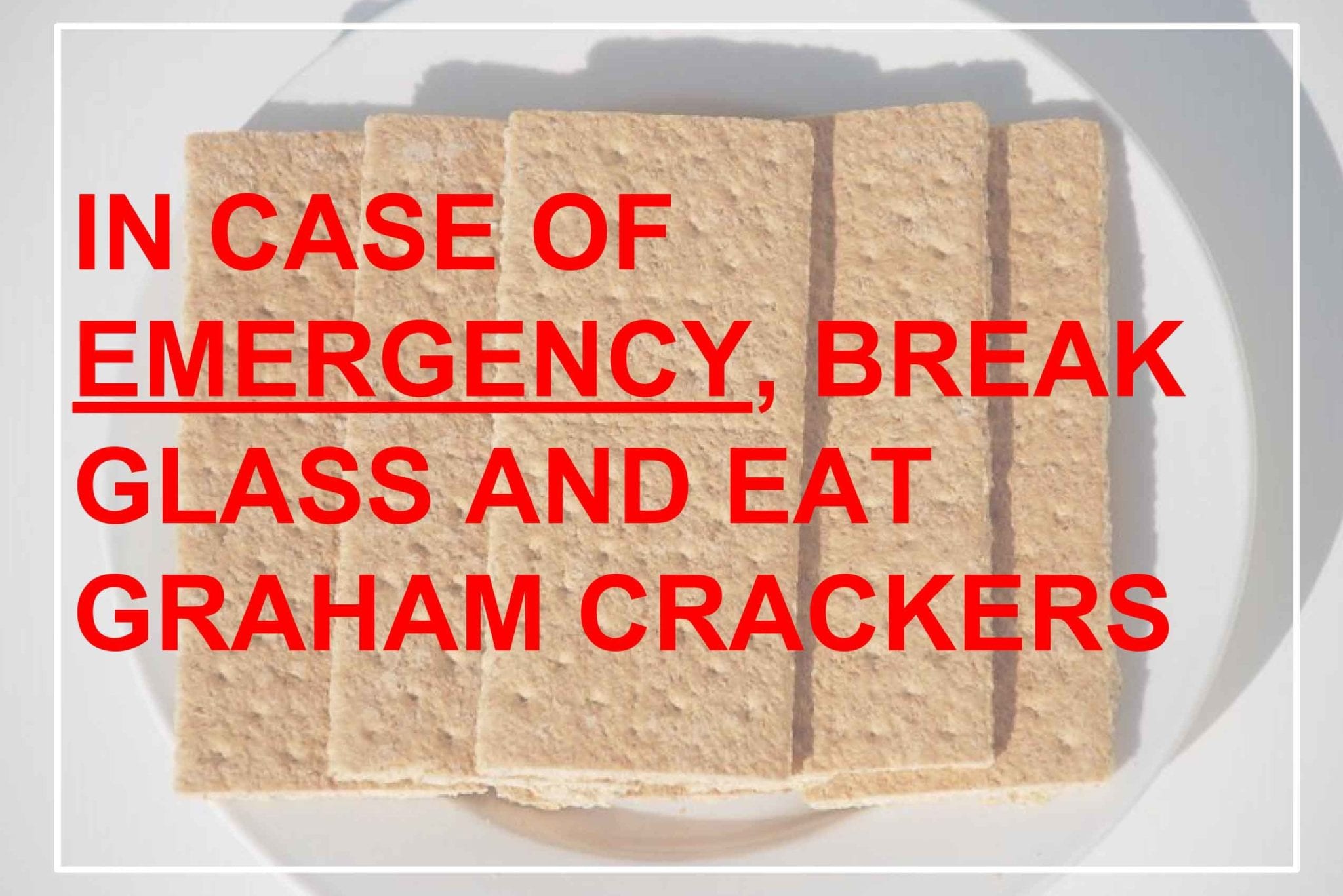 BOUND BROOK, NJ – A study in the latest issue of the New England Journal of Snack Foods (NEJSF) has confirmed that 97% of the world’s graham cracker supply is located somewhere in a health care facility, more specifically, in white coat pockets or in random drawers somewhere, for the specific reason of “just in case.”

“Medical personnel don’t have time to eat, so it’s no surprise that hoarding graham crackers is their means of survival,” said Professor of the Study of Snacks William Nabisco.  “For most humans, water is a precious resource; for medical folk, it’s graham crackers.”

According to medical historians, the graham cracker evolved when patients were sick and tired of “hangry” doctors making patients NPO and eating their patients’ food, thus putting the burden of hypoglycemia on the patients.  Incidents of night shift workers dying when books of delivery menus went missing also fostered the growth and dissemination of emergency crackers of graham.  Today, if you look hard enough in the nooks and crannies of any medical facility, you will find the delicious and satisfying nooks and crannies of the heavenly brown wafer.

Statisticians have run numerous simulations involving a world with no graham crackers to see if such a scenario is viable for healthcare.  In all 89,000 test runs, medical personnel were extinct within 6 months.  The only positive from all these test runs were that opioid prescriptions declined to zero simply because there were no health care practitioners to prescribe them.

“You see, I have one in this pocket, two in this pocket, even one in my sock,” explained surgical resident Felicia Kellogg, her scrub and white coat pockets overflowing with sweet, sugary, and crackery goodness.  In fact, she doesn’t carry a pager, phone, or stethoscope to make room for her squares of caloric rations.  “You don’t understand, when the cafeteria is closed, it comes down to survival skills.  This stuff is edible gold come 2 or 3 in the morning.  People will kill each other for it.”  Kellogg isn’t exaggerating.  In 2015, there were over 4,000 graham cracker-related deaths.

“I have yet to find a drawer in this institution that doesn’t have at least one unopened package of graham crackers, if not a packet of ketchup too,” said CEO of Bound Brook Medical Center (BBMC) John Honeymaid.  “I’m pretty sure that if you keep looking, there’s some lever you could pull and graham crackers will drop from the ceiling.  That’s the dream actually.”  A task force at BBMC is actively searching for said lever (see picture, left).

Sources close to GomerBlog suggest a possible supply of chocolate and marshmallows nearby, thus making the creation of delicious s’mores both necessary and imminent.  More to follow.