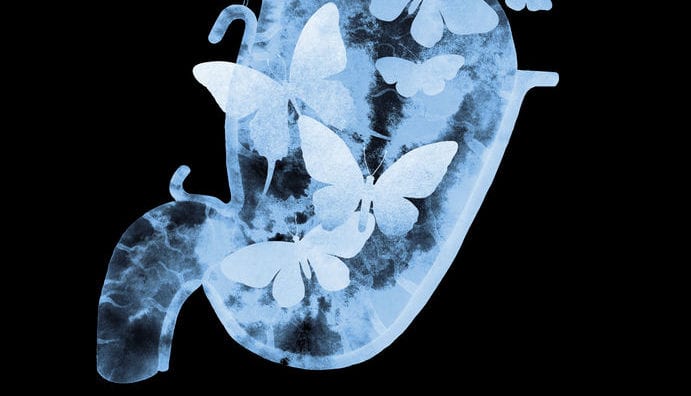 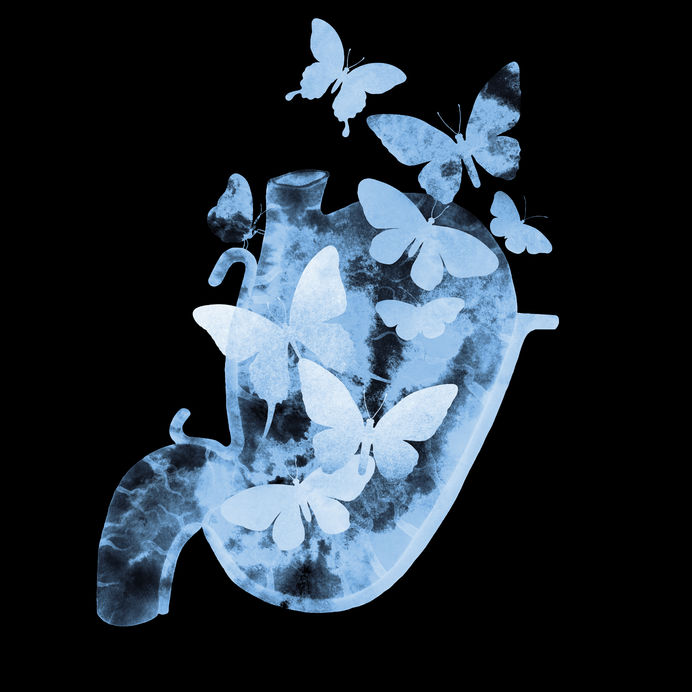 LOS ANGELES, CA – A 44-year-old female was preparing for a big work-related speech when she presented to Cedars-Sinai Medical Center with anxiety and nausea worse than what is typical for her known fear of public speaking.  An abdominal X-ray was performed that revealed butterflies both in and around her stomach; nine to be exact.  The imaging finding of butterflies in the stomach is pathognomonic for the diagnosis of nervousness.  It is one of the rare diagnoses a radiologist can make without the need for clinical correlation.  The pathophysiology behind this condition is unknown, though it is believed to result from the accidental consumption of larvae.  Contrasted CT or MRI studies can sometimes pick up cocoons, though ultimately would not change management.  Butterflies in the stomach is very common but most prevalent in sports athletes before “the big game.”  The patient underwent EGD and exploratory laparotomy with successful removal and drainage of all butterflies, caterpillars, and larvae.  Three months later, the patient returned back to her baseline function.  The patient missed her work speech due to these invasive procedures, but was excused thanks to a simple work excuse note.

Hypochondriacs Try to Cope with Pandemic: It’s Not Going So Wel