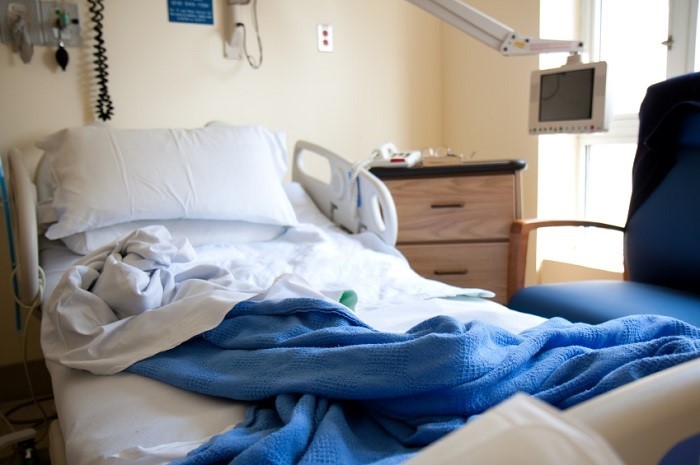 MIAMI, FL – Emily Jenkins, a medical ward nurse, plans on completely “losing it” if the alcoholic patient in room 320 soils his bed sheets again.  “I’ve had it!” she proclaimed.  “He is an ignorant, sexist, rude, and disgusting patient.  The docs don’t want a Foley due to the infection risks, but this is ridiculous!”

Jenkins has changed the sheets at least 5 times just on this shift alone and there is no end in sight.  “Yeah, the resident still wants IV fluids going even though he’s eating.  It just makes for a huge mess.”

Jenkins is still unaware of an added bonus: a newly-written IV Lasix order just entered 20 minutes ago.  Other nurses on the floor are placing bets on how much longer it will take before she goes crazy.

Jenkins spoke to GomerBlog and laid out a very detailed plan for if the call light goes off one more time in regards to soiled linen, make no mistake, she plans to “lose it.”  Her elaborate plan will start off by administering Haldol to the patient just to shut him up.  Apparently he loves to make inappropriate and sexual advances every time she walks in the room.

Next she wants to gang-page the medical resident on duty at least 10 times in a 1-minute period all to different phone numbers.  After paging and walking away from the phone, she hopes to tip the Pyxis machine over followed by several “Office Space PC load letter”-like scenes of kicking the machine on the ground with gangster rap playing in her head.

With nothing else to lose, she plans to take room 316’s C. diff rectal tube output straight up to the administrator’s office, which recently cut their bonus money to pay for a new atrium and smear it all over their door handles.

“If security hasn’t pinned me down yet, I plan to head to the laboratory that always needs us to redraw samples, and literally knock every book and analyzer off of their work benches,” said Jenkins.

“Up next would be pharmacy and I would just go to town knocking down bottles and spilling pills EVERYWHERE!  Ah, I can envision it in my head and it would be so worth it!”

Before leaving the hospital, she wants to swing by the ER and throw every patient’s chart up in the air followed by pushing over the crash cart.

If a Code Gray hasn’t been called yet, she then plans to walk out of the hospital, spin around, face towards the main entrance, and give the hospital the double bird in a dramatic and glorious fashion.

Near the conclusion of writing this article, GomerBlog is just receiving reports that the call light in room 320 is going off for soiled linens as nurse Jenkins was viewing the IV Lasix order on the computer.  Stay tuned!