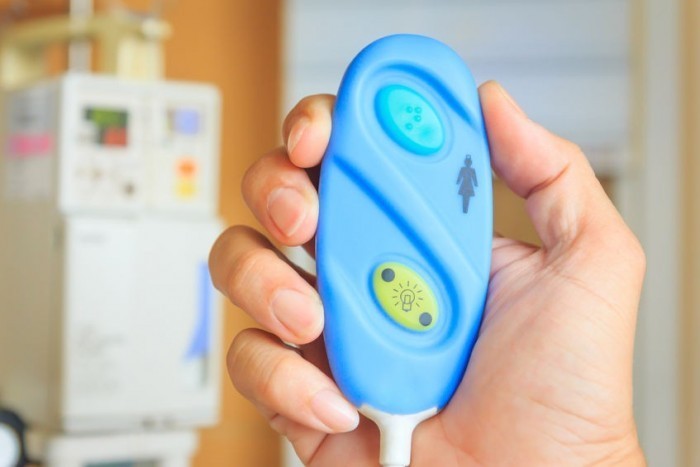 AUSTIN, TX – 56-year-old patient, Andrew Whitestack, is being credited with saving his own life by pushing the nursing call light button 46 times in one hour.  Consultants and attorneys reviewing his case have determined that pushing the call light button “repeatedly” and in “rapid succession” was the life-saving measure that kept Mr. Whitestack alive in room 418 at Memorial Hospital yesterday evening, not the nurses taking care of him. 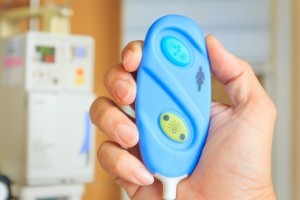 By pushing his call button so many times, it alerted nursing staff that he really needed help.  Had Mr. Whitestack only pushed the button one time, nurses may not have responded since there are many “false positives” with call lights.  Only after hearing repeated buzzing and blinking of his light, did he get the attention that he deserved.

Also, Mr. Whitestack astutely picked up on numerous lethal medical conditions that his nurse had neglected to see, including tiny air bubbles in his IV, blood backing up inches in the IV tubing immediately after a blood pressure cuff inflated on the same arm as the IV, a pillow that had fallen on the ground, and a bed angle of 23 degrees rather than the prescribed 30 degree head up.  One time he even noticed his normal saline bag was about 100 ml away from being finished and nobody was in sight to begin changing it out.

“Had Mr. Whitestack not pushed his call light 46 times during the hour, the combination of all of these medical errors would have certainly led to his death,” stated medical consultant Dr. William Rolfes.  “Delays in turkey sandwich delivery, Dilaudid fast pushes, Percocet pills, and ice chips may have been enough to push Mr. Whitestack into a fatal arrhythmia.  Thank goodness he took his health into his own hands and pushed away at that button.”

Nurses interviewed on the floor were said to be appreciative of Mr. Whitestack’s attention to detail and letting them know about every ailment.  RN Samantha Williamston, a licensed refreshment and narcotics delivery worker, stated: “Without the call light flashing, I’m not sure I ever would have entered his room.  Thank you, Mr. Whitestack, for your vigilance and keeping us on our toes and for saving your own life.”

Mr. Whitestack has advice for other patients in order to help prevent this sentinel event from ever happening again: “My care at Memorial almost killed me.  I recommend to any patient that they just continuously push the call light button in order to get the help they need from the minute they are admitted.  I also recommend as soon as the nurse leaves the room, just go ahead and push the call light again since you don’t know how long it will take them to return.”