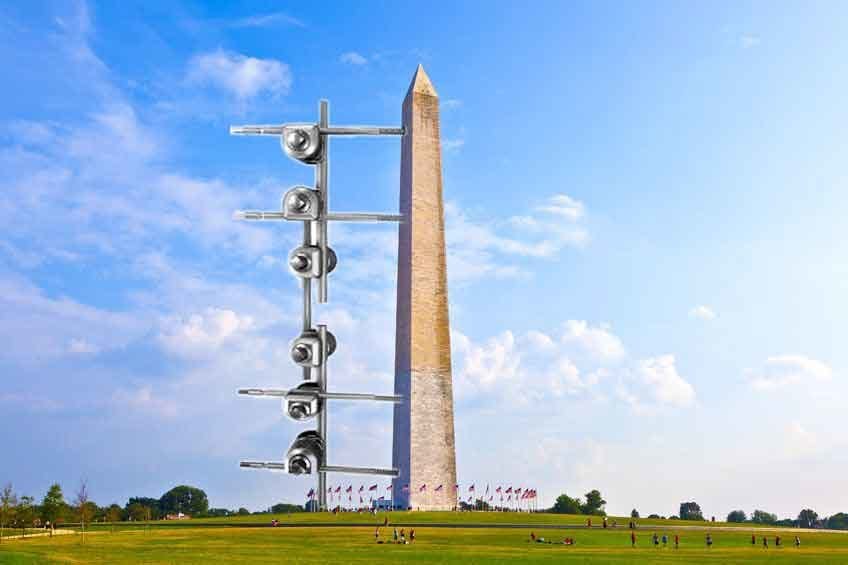 WASHINGTON, D.C. – Less than 24 hours after his Senate confirmation, orthopedic surgeon and new Secretary of Health and Human Services Dr. Tom Price didn’t waste any time getting his hands dirty (yet keeping them sterile) accomplishing his first order of federal business: placing an external fixator (ex-fix) on the 128-year-old obelisk.

“Let’s just be glad we intervened before it sustained a pathologic fracture,” explained a relieved Price, convinced the commemorative structure to George Washington has undiagnosed osteoporosis.  “It wasn’t an easy surgery, but we did it.  EBL 50 cc.”

Price says stabilizing this structure was high on his agenda, given the monument’s striking resemblance to any of several long bones in the human body.  But because of its age and co-morbidities, Price asked Medicine to clear Washington Monument 90 minutes before surgery.  One hour before surgery, the monument was given 2 grams of Ancef (cefazolin).  Washington Monument was NPO after midnight.

The most difficult part of the surgery was maneuvering the 550-ft. tall ex-fix.  “The med students did a great job holding the darn thing in place,” said Price, praising their dedication and strength, though they have all been hospitalized with severe rhabdomyolysis.  “I look forward to writing their evaluations.  There won’t be any words but it may include emojis.”

Washington Monument is doing well, though it seems to be underutilizing its Dilaudid PCA.  Anesthesia Pain Service, Infectious Diseases, PT, and OT are all on board.  Not surprisingly, Medicine is primary.

When asked what he thought about Secretary Price’s first undertaking with the ex-fix, President Donald Trump simply stood back and marveled.  “Now that’s UUUUUUUUGEEEEE!!!!!!  Big league!”

Gomerblog has received word Secretary Price will be consenting both Lincoln and Jefferson Memorials for prophylactic stabilization procedures, likely with intramedullary nails.  OR times have yet to be determined.