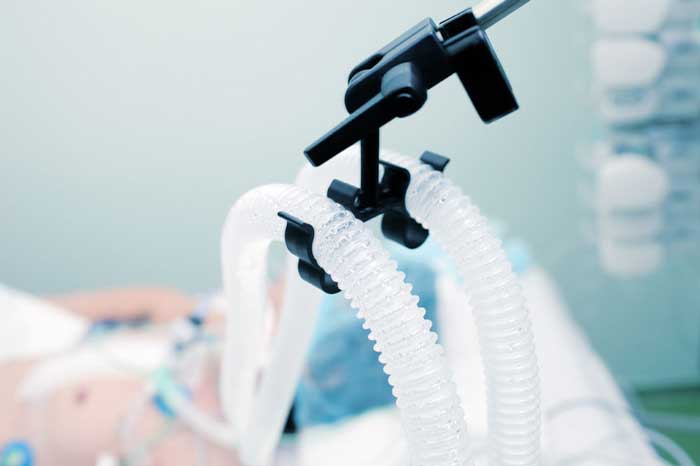 KEARNEY, NE – It was a close call for Kind Humanitarian Hospital’s Dr. Dan G. Ross of when his ventilated patient started to desaturate.  The brand-new intern was left alone with the critically-ill patient as the respiratory therapist went on a smoke break. 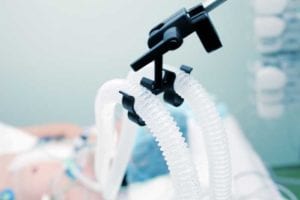 Having gotten a High Pass in third-year pulmonary physiology, Ross felt that he could handle the situation.  However, seemingly reasonable maneuvers such as increasing oxygen and respiratory rate on the vent did not solve the predicament.  More creative tactics such as increasing his own respiratory rate and breathing into a paper bag also failed, as the sats kept dropping.  Extreme measures such as crawling into a corner, suckling his thumb while questioning career choices and begging the patient to “breathe harder” were futile as the patient turned smurf-colored blue.  The glaring alarm finally got the attention of the code team who promptly reconnected the ventilator to the endotracheal (ET) tube.

“You live, you learn,” reported simultaneously shaken and relieved Ross to Gomerblog.  His most recent lessons included such revelations as Nystatin is actually not a statin, 9% saline would in fact be considered abnormal, and “Same thing as before” is not an acceptable history of present illness (HPI).  Later in the day Dr. Ross went on to learn that 40 grams of potassium chloride is in fact a lethal repletion dose for most land-based mammals and mEq should be used instead.

ACGMEmojis to be the standard evaluation tool for resident feedback