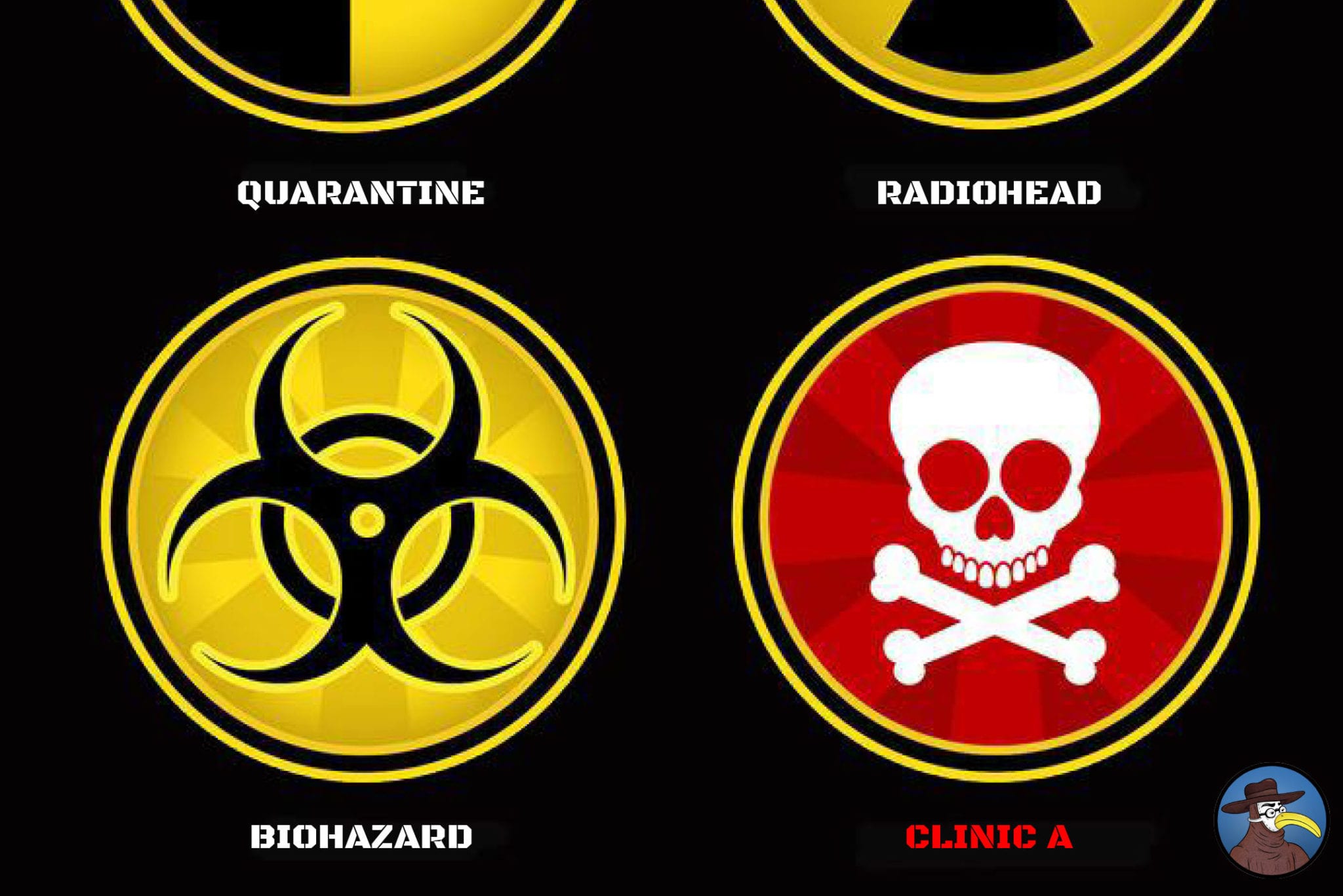 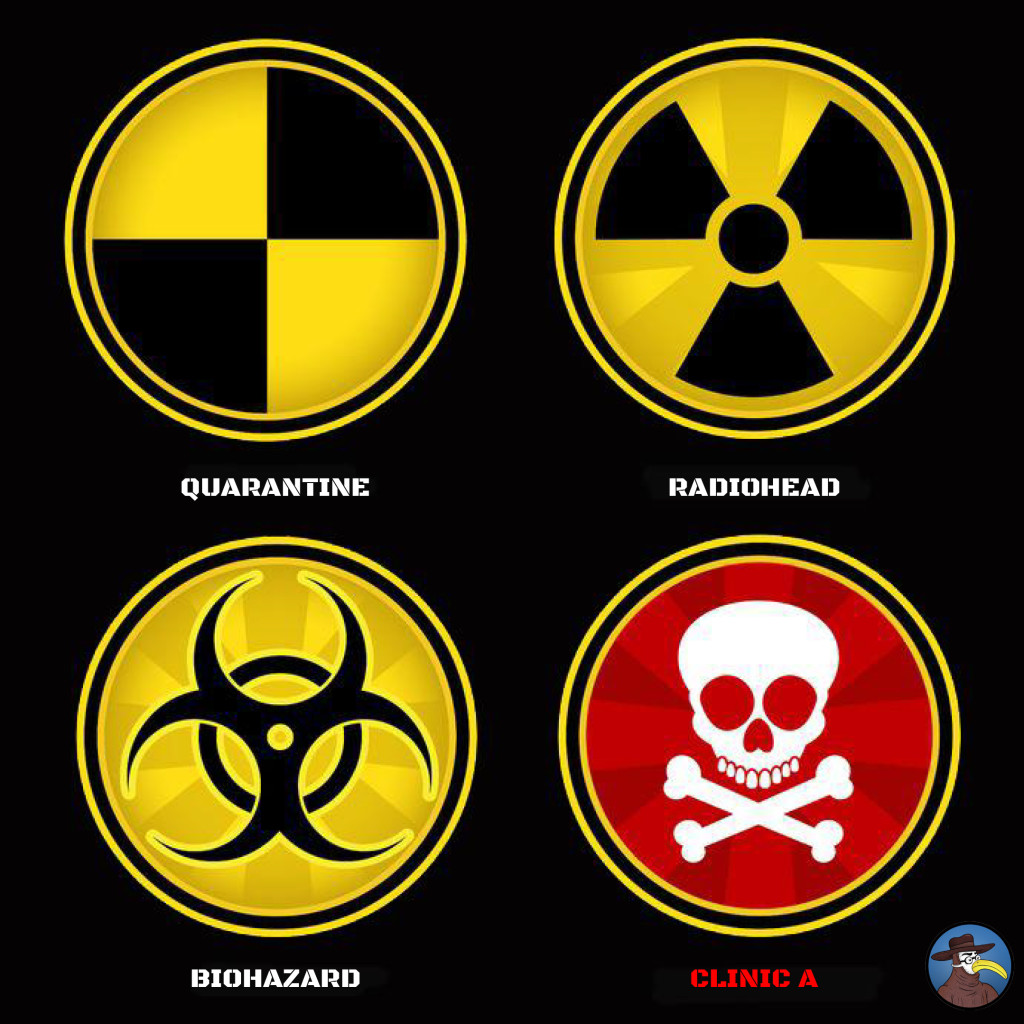 The opening track is called “Everything is AV-Paced.”  It is an adventure in arrhythmia, with drummer Phil Selway exploring the telemetric spectrum, first with alternating doses of bradycardia and tachycardia and later with episodes of atrial fibrillation and flutter.

The electric guitars of Jonny Greenwood and Ed O’Brien mimic ambulance sirens and medevac helicopters while Thom Yorke croons, coughs, and aspirates.  For a short but glorious ten seconds normal sinus rhythm is restored.  But quickly the song crashes into hopeless cacophony, reaching ventricular fibrillation.  The song abruptly ends with a gasp, screaming voices, and a flat-line.

The album is a dizzying array of madness and allure in a post-apocalyptic healthcare system taken over by cardiovascular disease and robots.  It is gloomy, calming, disturbing, reassuring, beautiful, and frightening in a way that is distinctly Radiohead and distinctly Healthcare.  Imagine caring for a patient in cardiopulmonary arrest while being licked by several disfigured futuristic puppy clones.  That is Clinic A.

Guitar sounds are spotted now and again but are for the most part replaced with the cold, random electronic chirps of hacked ventilators and broken pagers.  Colin Greenwood’s undulating bass line is the album’s distant heartbeat.  Yorke’s voice as always is piercingly beautiful but has reached cryptic heights, singing as if delirious on a CPAP machine.  You can’t see Clinic A, but you certainly feel like the place is littered with urinals, unfilled forms, broken vials, and stuffed animals.

Clinic A is a disjointed mosaic of emotions and thoughts.  One moment Yorke sings as if invincible, “I am born again,” only to chant a circular “DNR… DNI… DNR… DNI” moments later.  A toddler babbles in the background as Yorke considers a single-payer healthcare system.  In the two-minute track entitled “Fitter Hippocrates,” a Mac-synthesized voice recites the Hippocratic Oath while a surgery goes awry in the background.  Clinic A is a maze without an entrance or exit.

The songs appear erratic but are brilliantly constructed.  The heavy riffs of “Admissioneering” gives way to a New Orleans-style funeral procession.  “Paranoid Hemorrhoid” is a meandering three-part endoscopic saga ending in a massive gastrointestinal and sonic bleed.  In a reprise of The Bends’ song “High & Dry” called “Warm & Wet,” Yorke warns us that heart failure kills, singing and begging repeatedly, “Who’s on some Lasix, who’s on some Lasix, this is really happening.”  He ponders obesity and the complications of joint replacement in the gorgeous song “Fake Plastic Knees.”  Every song is both devastating and uplifting and you can’t help but feel that either an epidemic or a cure is around the corner.  But you’re just not sure which one.

Though some believe Clinic A is their first health-based album, many fans argue that Radiohead’s albums have always had medical insight.  For example, Pablo Honey (1993) was about infant botulism.  The Bends (1995) brought awareness to diver’s disease.  OK Computer (1997) forecasted the advent of electronic medical records.  Kid A (2000) spoke about the first human clone.  Amnesiac (2001) commented on dementia.  Hail to the Thief (2003) was an attack on drug seekers.  In Rainbows (2007) focused on the color spectrum through the eyes of an ophthalmologist.  The King of Limbs (2011) was an ode to vascular and orthopedic surgeons.

This album will drive you to psychiatric breakdown; no surprises.  The album isn’t evidence-based either; there, there.  Put on your N95 respirator, take a deep breath, and breathe slowly through your mouth.  Like it or not, Clinic A is the future of medicine.