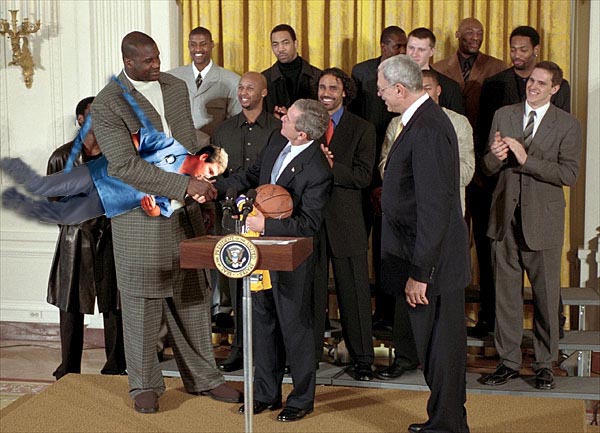 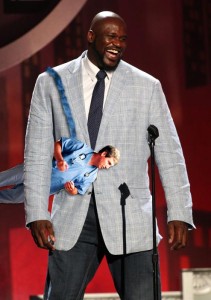 MIAMI, FL – Shaquille O’Neil held a public relations press conference yesterday explaining what led him to carry around a grown man for almost a week.

“I was at a fashionable clothing store and saw this blue thing by a rack and I asked, ‘What is this?'”  The friendly staff member said, “Oh that, it’s a murse.”

Shaq had heard of murses before – a man purse, that is, from his friend Charles Barkley who absolutely loves them.

“All my buddies are sporting these ‘murses’ [Shaq made air quotes with his hands], Chuck told me, and I was like, I got to get me one!”

When asked how much for this new murse, the store clerk responded that he was not for sale, but Shaq could take him home if he wanted to.

A clear misunderstanding became a week of fantasy for male nurse, Craig Bierbaum RN.  “I was so excited to hang out with Shaq, that I went along for the ride!  He tossed me in the back of his car and brought me to his giant house!” Craig told reporters.  “I am such a HUGE fan, I guess I just got caught up in the moment.  I thought I was on some reality TV show and I was ok with that.”

“I went to all these Miami clubs, hung out with gorgeous women, and got to sit – or I guess lay on Shaq’s lap – courtside at the Miami Heat vs Oklahoma Thunder game!” Craig screached. 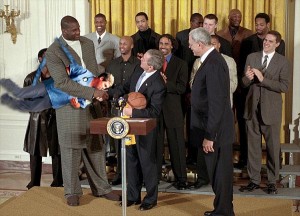 At night Craig would race around Shaq’s mansion on a segway.  “It’s like I was at fantasy camp, except I was hung over his shoulder the whole time,” said Craig.

“It wasn’t until I ran into Barkley at the club downdown, that I realized I had a male nurse instead of a male purse wrapped around my shoulders,” said Shaq.  “Either way, I start trends, so I’m not returning Craig.  He stays!”