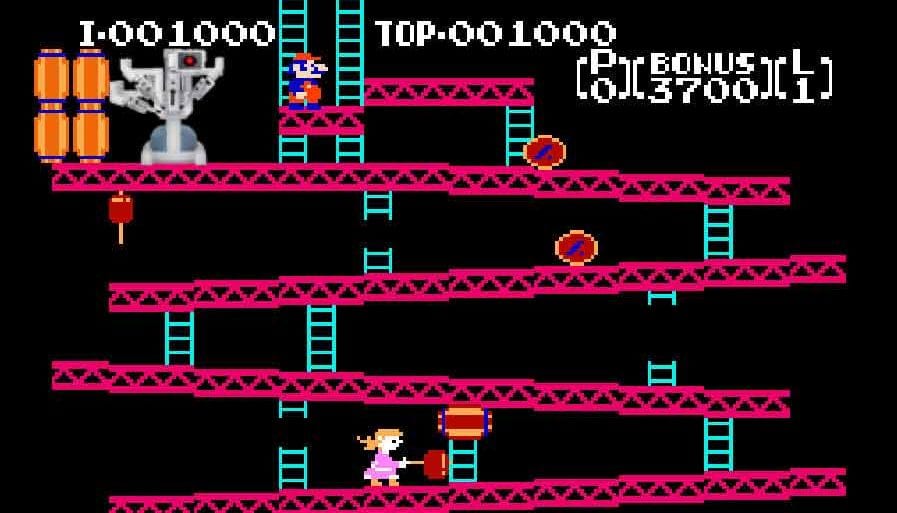 The One Liner / This game strikes a chord for medical professionals and those who grew up playing Donkey Kong; it’s hard to imagine it not ending up being a best seller this year.

In 1981, Donkey Kong was born on an arcade machine.  Decades later, that big bad gorilla has become one of the most famous bad guys in video game history.  Nintendo had always wanted to create a follow-up video game for the medical industry but the gorilla just didn’t make sense.

We’re not sure why Da Vinci is hurling barrels at Nurse Mario or even how he’s able to climb up ladders, but who cares?  Da Vinci is the new metallic gorilla we love to hate.  Why is he kidnapping princesses?  Probably because he can’t get any work in the operating suite.  In either case, Da Vinci is clearly the bad guy and we hate bad guys.

Nurse Mario remains surprisingly nimble despite the blue scrubs and red overalls, as well as the precise attacks by the big hunk of junk.  Because Da Vinci aims to be so precise, he’s awfully slow, so one of the drawbacks of the game is the stupidly easy gameplay.  In fact, over the first few levels, Da Vinci simply dawdles and Nurse Mario can finish the level without a single barrel being thrown.  That’s just sad.

That being said, Da Vinci Kong is quite entertaining.  It’s ridiculously fun and nostalgic.  How long is the gameplay?  Let’s just say you’ll like beat this game faster than a real-life Da Vinci can perform a hernia repair.