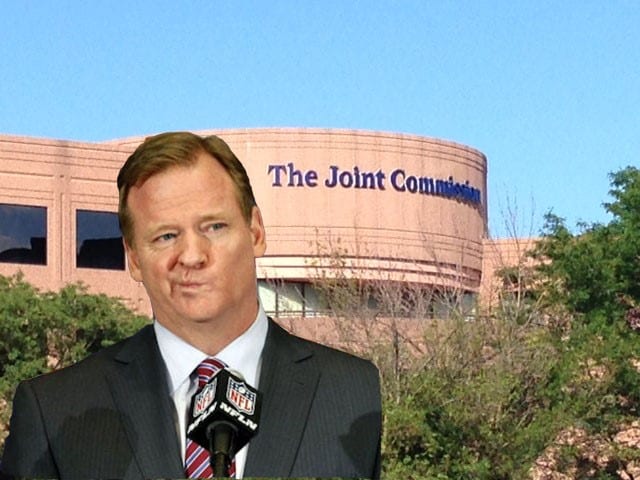 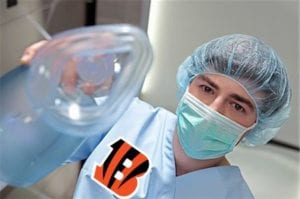 Anesthesia is the Cincinnati Bengals: no one knows anyone on the team; they rotate so often it’s not worth learning names anyway. 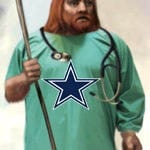 Orthopaedics are the Dallas Cowboys: biggest fanciest toys inside the OR and out. Proudly proclaim themselves as the best every year but haven’t really done anything that impressive since the 90’s.

Critical Care is the Green Bay Packers: far away from most of the rest of the league, have been there seemingly forever and a small cohort of people love them and always will. 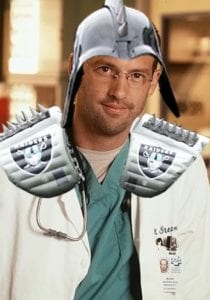 Emergency Medicine is the Oakland Raiders: loud, in your face and constantly talking about that one time they were great back in the 70’s conveniently forgetting that no one from that era is still around. 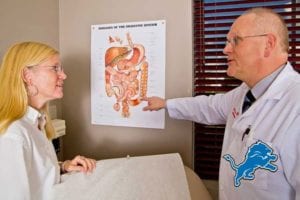 Gastroenterology is the Detroit Lions: crappy job, crappy location, but better than the CFL by at least a small margin. 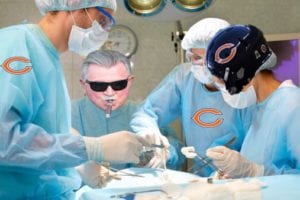 General Surgery is the Chicago Bears: not really relevant anymore, but always talking about that time 30 years ago when they were good and very relevant for a single year. 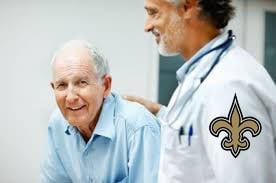 Geriatrics is the New Orleans Saints: sounds like reasonably good place to work in theory, in reality everything smells like urine. 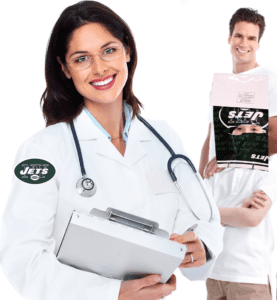 Family Practice is the New York Jets: a lot of people know them and have favorable opinions of them but they’re mired in repetitive mediocrity and never in danger of being anywhere near the top of the power structure. 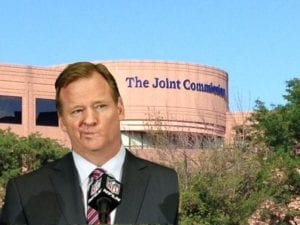 Joint Commission is Roger Goodell: no one knows how he got in charge or what his qualifications are, but the owners keep him there and obey his every word for some damn reason. Hated by the entire league. 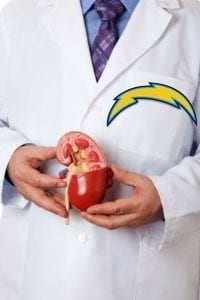 Nephrology is the Los Angeles Chargers: No one really likes them, no one wants to see them and no one understands why they are where they are, but there they are. 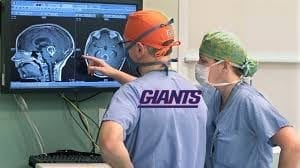 Neurosurgery is the New York Giants: they hide in the background most of the time, but intermittently step up big and prove why they were the best 4 years ago and can be again.  Beckham’s injury is just another brain tumor to be excised. 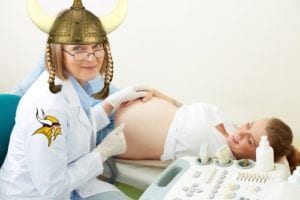 OB/GYN is the Minnesota Vikings: they work where no one wants to work, seem mostly nice, and occasionally have horrible disasters no one can fully understand. 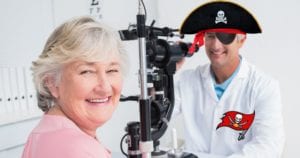 Ophthalmology is the Tampa Bay Buccaneers: most people forget they’re in the league anymore. 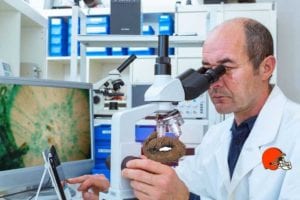 Pathology is the Cleveland Browns: no one really wants to be there, but it’s a way to get into the hospital/league where you’re guaranteed not to have to work after the regular season. 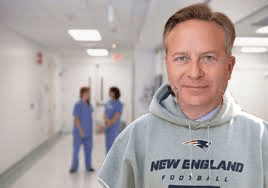 Hospital Administrators are the New England Patriots: they watch everyone else work and no one has ever seen them work. They maintain control of the entire enterprise through confusing and likely underhanded means yet no matter what they’re still there every day pissing off the rest of the league. 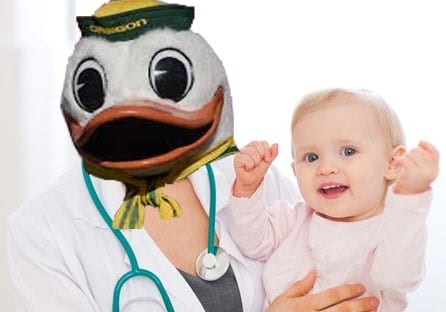 Pediatrics are the Oregon Ducks: they’re not really just a small football team with a cute logo. 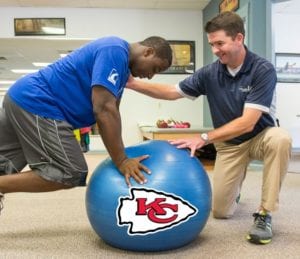 Physical Therapy is the Kansas City Chiefs: often forgotten, usually pretty solid, no one has ever seen them at work or knows exactly where they work. 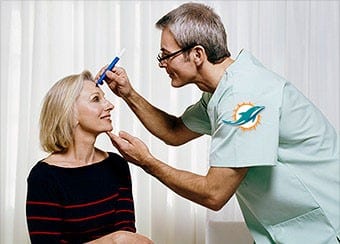 Plastic Surgery is the Miami Dolphins: based out of Miami, no one knows if they’re ever good or not but hey, Miami! 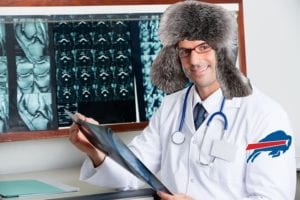 Radiology is the Buffalo Bills: no one knows where the hell they work and no one wants to go there. 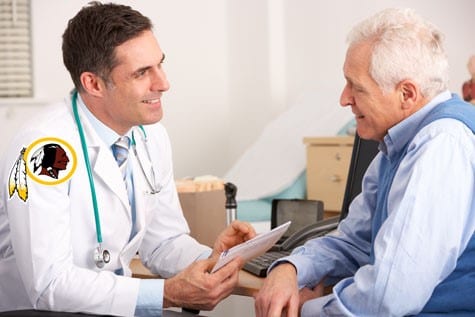 Internal Medicine is the Washington Redskins: dealing with the expiring contrast of a lot of older players. Permanently dealing with incompetent leadership and struggling to maintain relevance and/or get credit for their successes amongst the rest of the league. 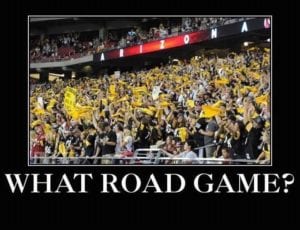 Nurses are the Pittsburgh Steelers: With their armada of traveling nurses filling up Hospitals throughout the country, there is no such thing as a road game!