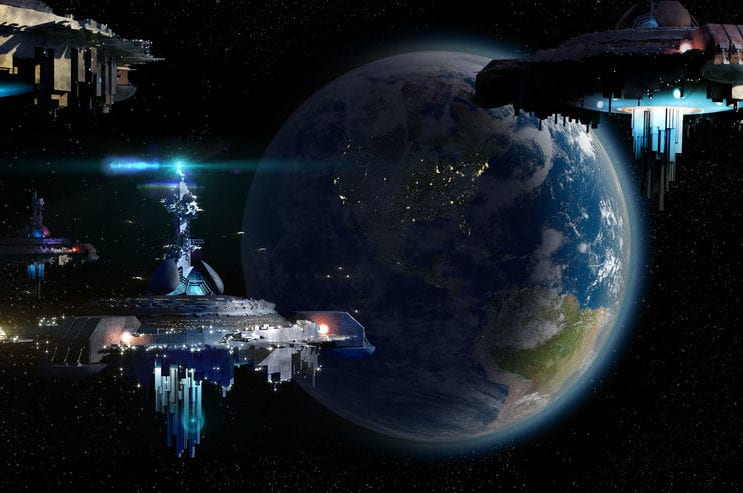 INTERNATIONAL SPACE STATION – Due to justified concerns about their own immune systems, an alien race has decided to postpone their plans for a hostile takeover of planet Earth until the novel coronavirus pandemic clears.

“Invading a new planet does require a lot of time, effort, and coordination, and if the time’s not right, the time’s not right,” an alien known as Yq9 told Gomerblog. “Humans have been on their planet for a long time and if they don’t have a handle on the virus, there’s a strong chance we won’t either. Those poor Americans are really struggling down there, it almost seems rude to invade, you know? Right now, it’s more fun just to be the spectator.”

The aliens have spent the past several days having many thoughtful conversations weighing the risks and benefits of taking over Earth now versus a later date in time. Ultimately the decision was unanimous: wait until later.

“There are several positives to waiting,” an alien known as Zq4 explained. “First, humanity might be wiped out by COVID-19, which makes our lives a whole lot easier. Two, if the human hosts of coronavirus die out, so might the virus. Three, we are all curious to see if Lebron James can bring a championship back to Los Angeles.”

The new invasion date is to be determined.