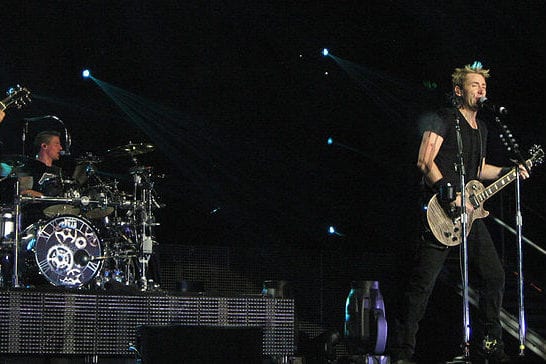 DETROIT, MI – On Saturday at 3:14 p.m., Nickelback’s tour bus crashed into a herd of rouge elephants that had escaped from the now abandoned Detroit City Zoo.  All four members were brought to a local ER.  Their wait times exceeded 13 hours in the trauma bay as lines stretched 8 miles out, which is typical for Detroit.

Finally an ER doc decided to see them, citing do no harm, when it was obvious Nickelback wouldn’t die.  It was determined that 3 of the members of the Canadian band probably should get a CT scan.

Radiologist Dr. Curt Mason refused to read the scans.  His report said use clinical correlation, cannot rule out anything.  “I made a pledge, a Hippocratic oath to the world, to do no harm.  The only time their music should be played is during a zombie apocalypse, as a last ditch effort to kill off the zombies.”  Although Dr. Mason recognized it could send what’s left of humanity – giving them no hope in a post-apocalyptic world – over the edge.

After the scan was completed, the transporter left them in the hallway while he went out for a smoke break and ate dinner. “I’d rather eat whatever I was supposed to bring to the lab than listen to another song of Nickelback.”

Finally the surgeon consulted on this ethical dilemma, had the best plan of care.  “I’ll perform an emergent thyroidectomy, the chances the thyroid was injured in the crash is essentially zero, but the chance that I could accidentally damage the recurrent laryngeal nerve rendering [lead singer Chad Kroeger] permanently hoarse, THAT would help the world the most.”  The anesthesiologist placed a rare 12g IV and the OR was prepped.

Only one employee disagreed but he had to leave during the ethics vote to watch a Vin Diesel movie.