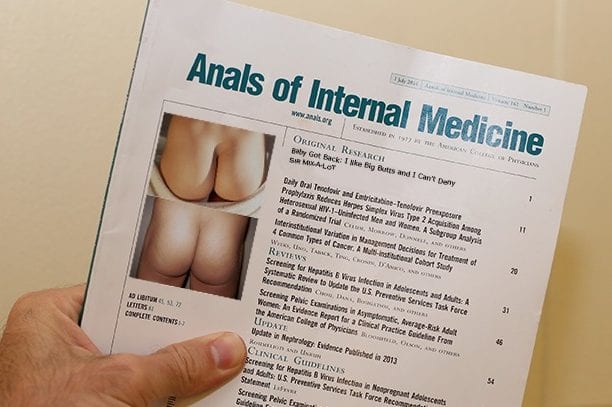 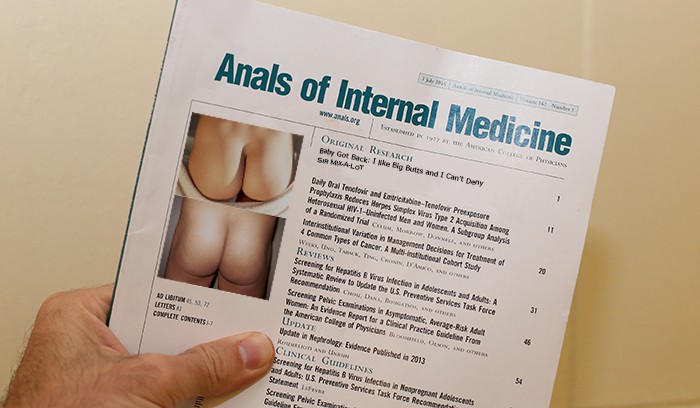 “Oh no!” said Malloy, as he stared at the cover of the complementary copy of the magazine that had been mailed to him.  “This isn’t… Oh crap.”

Rod Rogerer, chief editor of Anals IM, as it’s known in the industry, had nothing but praise for Malloy.  “Dr. Malloy’s paper was an insightful analysis of long-term outcomes in the asthma population.  Actually, our audience really enjoys a good academic paper to take in as a bit of a breather amidst all of the hard-core action.  By the way, did you catch the Mindy Minx spread?  Pretty hot, huh?”

“Well, at least I got accepted somewhere, right?” said a resigned Malloy.  “Hopefully they won’t notice these little details on my CV.”

“Come to think of it, I should have known it was too good to be true when I had that one paper accepted by NEJM,” he added.  “I was pretty surprised when it ended up in The New England Journal of MILFs.”

At press time, Malloy was relieved to learn that the impact factor of Anals IM dwarfs that of every major medical journal.