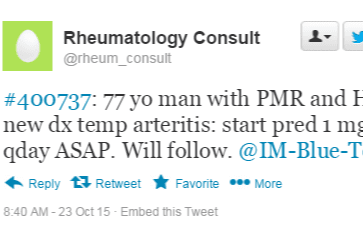 SAN FRANCISCO, CA – Twitter announced today that it would enter the business of electronic medical records, or EMRs. Twitter CEO and founder Jack Dorsey announced the company’s new product at a press conference in the auditorium of Oakland Memorial General Hospital (OMGH) this morning.

“By simply adding HIPAA-compliant encryption protocols to the standard 140-or-less-character tweet, we have come up with a medical records system that is simple and efficient,” Dorsey announced. The new system will be web-based and be called Tweet-MR. Any physician using a smartphone, tablet, or computer will be able to access the system and make entries into the new record system.

In a slide presentation, Dorsey outlined how the new system would work. “The docs will start their tweets with a hashtag (# sign) followed by the patient’s record number, then they will put concise medical information in the tweet. Because you’ve only got 140 characters, your Tweet-MR entry can’t have extraneous material.” Doctors, nurses, and other health professionals caring for patients can search for that patient’s entries using the hashtag function, and they can “follow” consult teams, primary teams, or other departments (such as radiology) for updates. The searchability will also be an improvement over existing systems. Dorsey posted examples: 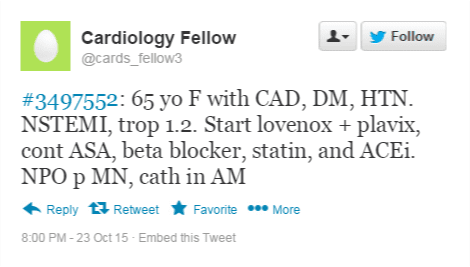 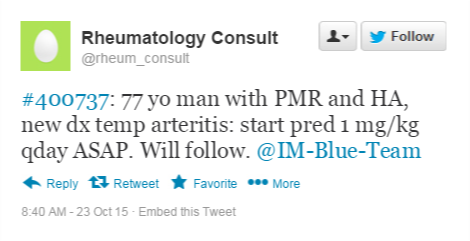 Dr. Kitty Bastet, a hospitalist at OMGH, attended the unveiling. “This is the cat’s meow! This new system doesn’t leave any room for medication reconciliations, regurgitated nursing notes, or tables of vital signs dating back 8 days!” Dr. Jack Nimble, a psychiatrist, indicated that he was accustomed to writing longer notes, but that he was “looking forward to the adjustment.”

Dr. Nimble added, “this beats the pants off Epic and Allscripts, and there aren’t any boxes to click!” Dr. Guy Bohner, OMGH’s Chair of Orthopedics, welcomed the new system. “I don’t write much anyway, so this will be a piece of cake. Hashtag OR!”