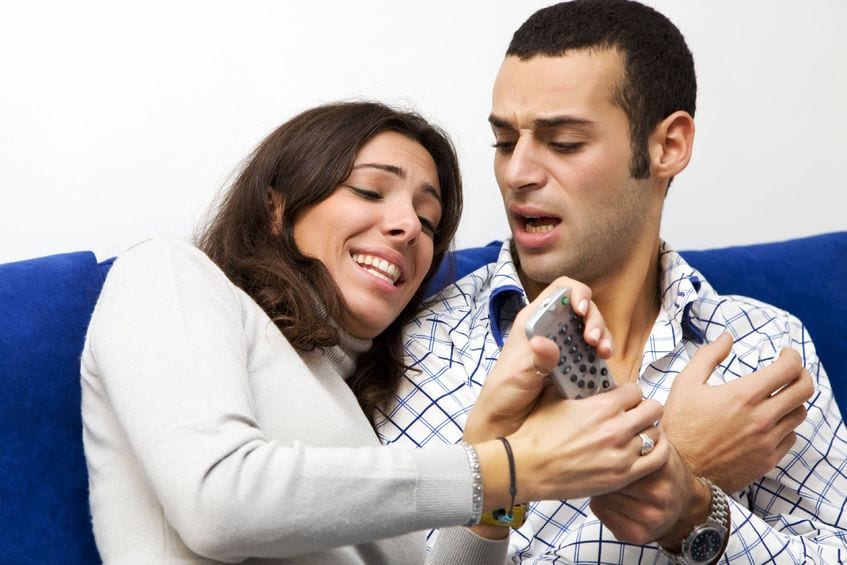 Susie Thompson lost her shit late Tuesday night after watching an episode of the CBS medical drama “Code Black” with her boyfriend. Steve Hughes, a Respiratory Therapist at Little Sisters of Charity was heard to exclaim “That’s not how we do it!” for the third time that night as the show portrayed an intubated patient just before Thompson threw a TV Guide at his head in frustration.

“IT’S A TV SHOW!” Thompson was heard to yell as the TV Guide glanced off the side of Hughes’ forehead drawing blood. Later she was reported to have said that she “get’s it”. And, “I understand. it’s not true to life”.

Dr. Beatrice Ma explained that Hughes’ may be suffering from “Medical-TV Derangement Syndrome” as she stitched the laceration in his temple. “M-TVDS is a condition where medical workers pick apart television shows as far as their accuracy is concerned and can be a quite serious condition” which can often lead to blunt force injuries.

“I had a patient last year, a nurse, who couldn’t stop telling everyone she met about a movie she had seen where the actor mispronounced ‘troponin’ multiple times. She required hospitalization for 4 days” Dr. Ma reported that typical therapy for M-TVDS involves strictly avoiding all medical scenes in popular entertainment. Failure to avoid medical entertainment can result in further blunt injuries to the head and face according to Dr. Ma.