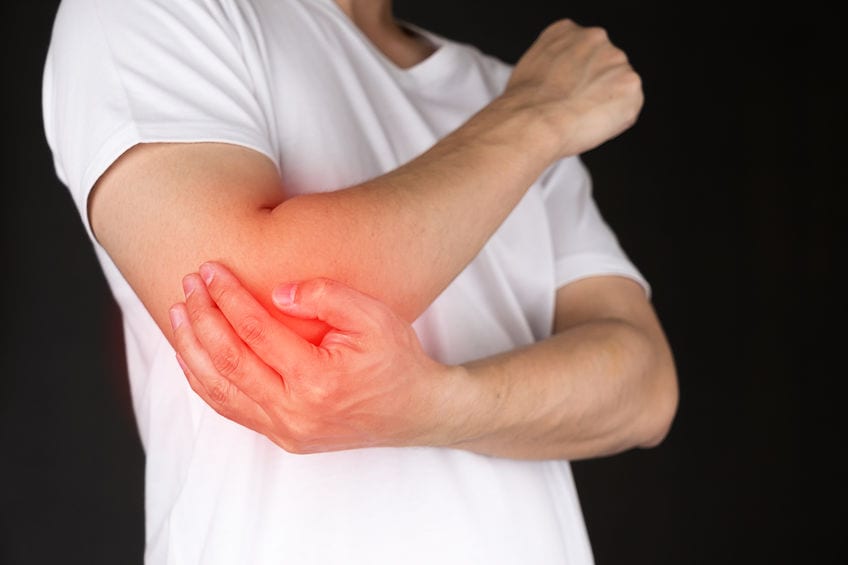 The increase in cases of an overuse injury called lateral epicondylitis, known more commonly amongst AARP members as “tennis elbow,” has seen a rise in radiology residents over the past few years, according to a new study published in RadioGraphics.

“It’s puzzling,” Said Dr. John Tyler, a second year radiology resident. “Nobody in our program plays tennis or racquetball for that matter, and yet half of my class has it.” The spike is thought to be due to the increase in radiology studies and subsequent over-dictation by residents. Over-dictation results in overuse of the flexor and extensor tendons in forearm.

“It’s really annoying,” Said Charlotte Boylan, a third year radiology resident. “I asked my grandmother in Boca how she got rid of hers. I’m on neuro next and I’ll need to dictate 50 head CTs.”

The Tennis Elbow in Radiology Residents On Rotation (TERROR) study gives the medical community a glimpse into the mental as well as intense physical stress that current radiology residents are put under. “What is really compelling is the strong correlation seen between cases of tennis elbow and the type of subspecialty the resident is rotating on,” Said Dr. Jeffrey Klein, Editor-in-Chief of RadioGraphics. High volume rotations with a large number repetitive flexion and extension dictation motions (Figure 1), like neuro or body CT, demonstrated a strong correlation (R>.8) with the incidence of lateral epicondylitis.

Moreover, in attending physicians who use more expensive hands-free dictation systems, the incidence of tennis elbow in the workplace was essentially zero. Radiology residents on high volume rotations will now be required to wear a tennis elbow brace. A follow up quintuple-blinded study looking at steroid injection versus needling in radiology residents with tennis elbow is currently underway.