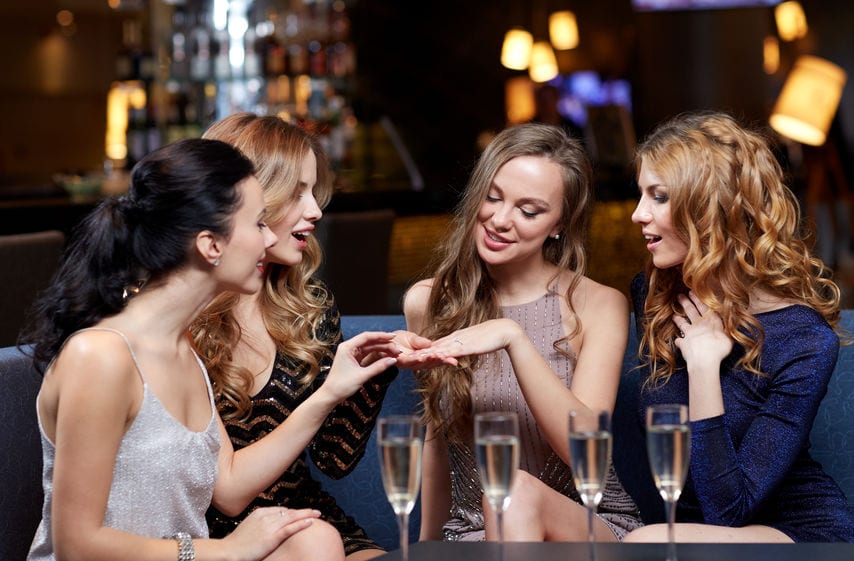 INTERCOURSE, PA—The great Beyoncé once never said, “If you didn’t want it, you shoulda put a ring in it.” As everyone surely doesn’t remember, the first “it” refers to a baby, the “ring” is an estrogen/progestin ring for birth control, and the second “it” is your girlfriend’s vagina. This motto, which local man, Todd Lurliss, lives by, essentially means that if you don’t want your babe to become your baby mama, you’d better place a hormone-releasing birth control ring in her vagina. However, as Mr. Lurliss quickly learned, drug rings can be very expensive, so much so he was forced to spend 3 months’ salary on one.

“Sure the price is steep, way more than I expected to spend,” said Mr. Lurliss, “but when you know the girl you’re sleeping with is The One…the one you don’t want to start a family with, you have to splurge on a ring.”

His girlfriend, Mary Peters, cheerfully accompanied him on the ring shopping excursion and even “tried on” some of the rings. They varied in color, comfort, contents and cleanliness—the 4 C’s of vaginal rings. Initially, they almost chose a very cheap one, but when the salesman pointed out that it scored very poorly in 3 of the 4 C’s (it was uncomfortable, filthy, and contained a fake form of estrogen, called cubic estrogenium), he knew he had to select a top-of-the-line, overpriced ring. After all, when you’re with the girl you know you want no future with, you can’t skimp on the ring.

The ring they ultimately selected was perfection in every category except for its hefty $900,000 price tag. (Mr. Lurliss declined to tell us what job pays him $300,000 monthly, but we’ll keep digging because, trust us, we wanna know too!) However, as the salesman, Bryce Gouger, PharmD, explained, “It’s basic supply and demand. There’s a shortage of vaginal rings and very, very high demand—seems like every guy wants one—so, of course the price is excessive and still rising.”

Ms. Peters now proudly “wears” the bling vaginal ring everyday. Naturally, her jealous friends wanted to hear the whole story of how he asked her to not carry his baby. “Well,” she excitedly said, “he just dropped to one knee and popped it right in!”

As for Mr. Lurliss, despite the extreme cost, he is rather pleased with his purchase. He doesn’t have to look far to see what might have happened had he not bought the ring. Through his walls at night, he hears the constant wails of a newborn, the byproduct of his neighbor being too stingy to buy his lady a vaginal ring. When Mr. Lurliss sees this fatigued, bitter neighbor, he just shrugs his shoulders, grins, and sings, “If you didn’t want it, you shoulda put a ring in it!”