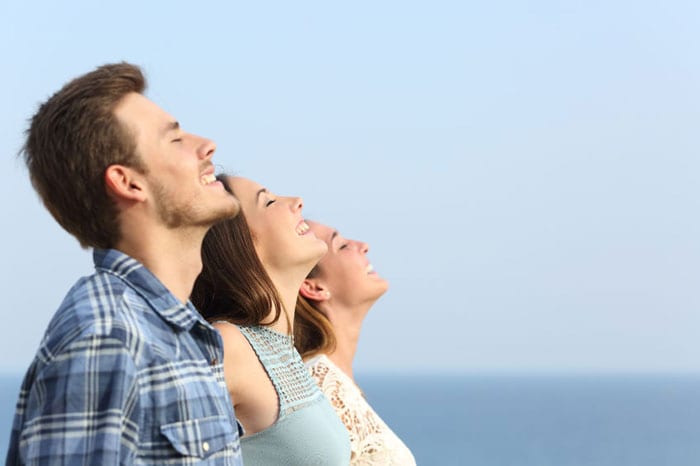 ATLANTA, GA—Citing the effectiveness of sex abstinence in preventing sexually-transmitted infections like HIV, the Centers for Disease Control and Prevention (CDC) has strongly advised Americans to abstain from breathing for at least 2 weeks in an effort to quickly curb the spread of the novel coronavirus, which is transmitted via the respiratory route.

“I’m afraid that social distancing and travel bans are not enough,” said CDC Director Robert Redfield, adding that preliminary research on this virus indicates that the best way to not get it is to simply not inhale. “Every time you take in a new breath of air, you are unnecessarily putting yourself in danger because that air may be contaminated by coronavirus. It’s too risky—we simply can’t recommend breathing at this time.”

Redfield is cautiously optimistic that if everyone agrees to a 2-week moratorium on all respiratory activities, this global pandemic will come to a rapid end.

There’s even more good news! Experts believe that abstinence from breathing can be more than a preventative measure; they think it can also be an effective treatment for those already infected by the virus. “It’s been awhile since I studied biochemistry, but in an affected patient, whose cells have been overtaken by virus particles, I’m pretty sure that if we deprive those cells of oxygen, they won’t be able to replicate the virus anymore,” said a beaming Dr. Redfield, proudly adding that he personally spent the morning visiting COVID-19 patients in the hospital and shutting off their oxygen.

A poll of 100,000 Americans revealed that there is massive support for this plan, with many hailing it as life-saving. However, a few believed it didn’t go far enough. For that reason, the government has also announced an immediate ban on coughing and sneezing in public. Authorities are prepared to charge those who disobey this order with attempted murder.

Meanwhile, at press time, several new studies suggested that the novel coronavirus sometimes spreads via the fecal-oral route. As such, the CDC was set to urge people to also abstain from defecating for at least one month. Look for public service announcements with the slogan “Just Hold It In!” to appear on your TV screens as early as tonight.