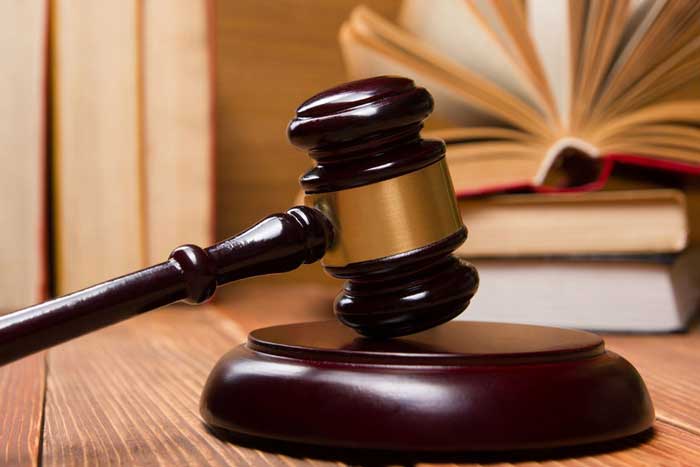 In a head-spinning display of legal and corporate maneuvering, a Midwestern physician who also holds a law degree has litigated himself for gross negligence and medical malpractice in civil court.

Plastic surgeon Vincent Gambini, MD, JD, filed the unusual case last week on Friday afternoon, just as the Clerk of Court’s office was shuttering its doors. The complaint specifies “permanently disfiguring injuries, chronic pain and unceasing mental anguish,” related to the once-wealthy surgical cosmetologist removing a skin tag from his own torso with a nail clipper. The filing went on to describe the practitioner’s “complete lack of clinical judgment, disregard for standard sterile technique, lack of anesthetic management and failure to submit the excised specimen for formal histological evaluation by a trained pathologist.”

In a prepared statement, Dr. Gambini said, “It’s certainly not about the money. I just want to make sure this never happens to anyone else.” Gambini was requesting $2.5 Million dollars in actual damages and an equal amount in punitive damages and demanded a jury trial. The surgeon’s finances had been badly hurt by the COVID-19 pandemic as droves of patients decided to forego the frivolous outpatient procedures that accounted for 98% of the practice’s revenue. When pressed as to whether the novel medico-legal stunt was strictly an attempt to bilk both systems out of a large amount of cash Gambini became indignant, telling a local reporter, “This landmark case will be my legacy. The fact that I will benefit greatly from a financial standpoint is strictly coincidental and immaterial.”

Legal scholars admitted the unique approach could actually work. “The Supreme Court has declared that corporations are equivalent to persons under the law,” said James Trotter, Senior Partner at the law firm of Dewey, Cheatham and Howe. “This doctor has wisely set up two separate business entities, both with separate insurers, and pitted them against each other. He might just get away with it.” Gambini has intimated that should he lose will he will then immediately sue himself for legal malpractice.

A trial date was set for September with the Honorable Henry X. Harper set to adjudicate.