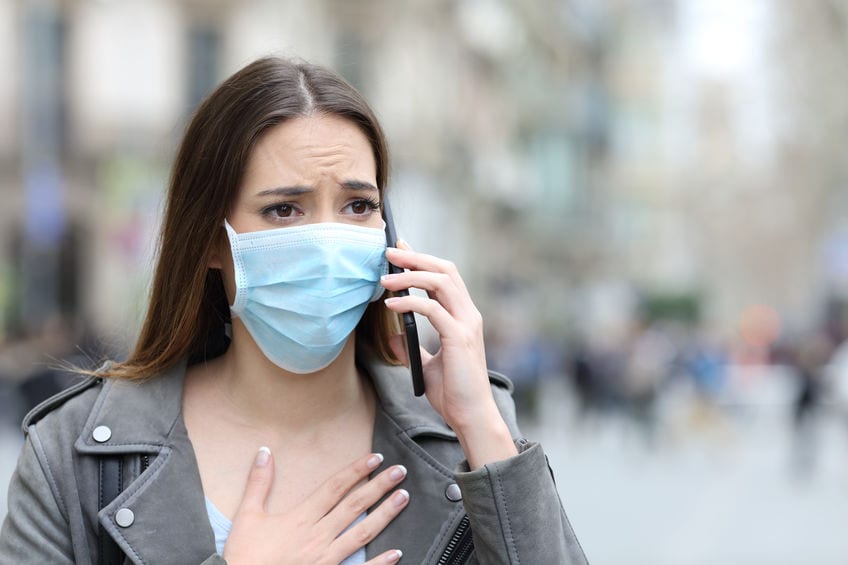 BEAR, DE—In an admirable attempt to incentivize mask-wearing amongst America’s twentysomethings, who are thought to be driving the summer resurgence of Covid-19 due to a callous disregard for CDC recommendations, health officials have offered them a sweet deal: If they cover up their mouth and nose in public, they don’t have to cover up the rest of their bodies!

Infectious diseases experts believe this may be the key to suppressing the SARS-CoV-2 virus once and for all. “We know masking is very effective,” said CDC Director Robert Redfield, “but many young people feel like their freedom is being taken away when forced to wear a mask. So in exchange, we’re giving them some freedom back by temporarily ending public nudity bans.”

Standing in front of a banner displaying the CDC’s new slogan, “Wear a Mask, Bare Your Ass,” Dr. Anthony Fauci echoed the CDC Director. “Let’s face it, these beautiful young people wanna be naked and party all the time, and old people like myself just don’t want to die. It’s a win-win situation for all involved.”

Although the deal is strictly for people aged 20-29, Dr. Fauci donned a mask and proceeded to strip down to his birthday suit for a demonstration of the plan, but horrified news networks quickly cut away. A flood of complaints then overwhelmed the networks, but it’s entirely unclear whether the complaints were about the on-air nudity or the networks’ decision to cut away. [Ed. note: We would bet on the latter. Hey, Fauci may be approaching 80, but he still looks good!]

As for whether twentysomethings will agree to this deal…well, duh, of course they will! Sources indicate they couldn’t get their clothes off fast enough, with most of them completely disrobed before the CDC even finished their announcement. “This changes everything!” exclaimed one drunk hottie at a beachside bar, as she proudly sported a sexy cloth mask from Victoria’s Secret and nothing else.

Parents seem pleased too. As his masked but otherwise nude 20-year-old daughter left for a date with a similarly (un)dressed man, Dr. Rohit Agarwhal marveled at the fact that the mask will prevent more than just Covid. “It’s such a relief knowing she won’t be able to kiss guys on first dates anymore.”

There are, however, a few critics who worry about the wisdom of this policy, but Dr. Fauci quickly dismissed their concerns. “Public nudity may be a bit indecent, but as far as I can tell, nobody’s ever caught Covid from staring at boobs, butts, vaginas, and penises! I’d much rather these people cover up their mouth and nose than their private parts!”

UPDATE: Great news! Since the nudity deal was announced, Covid-19 rates have plummeted. In unrelated news, the prevalence of all sexually-transmitted infections has skyrocketed to 100% amongst twentysomethings.