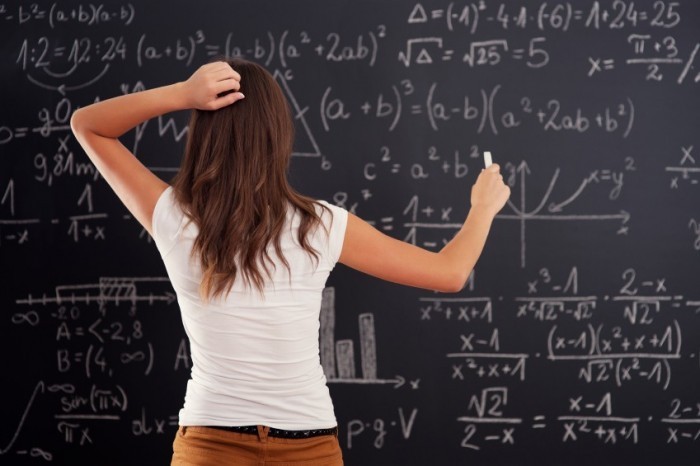 My name is Valerie.  I’m thirty-five years old and I’ve been blessed with good health my entire life.  I’m happily married and have two beautiful children.  I’m a teacher in an elementary school and I love my job.  Life is pretty good really.  I don’t have much to complain about.

Well, except for this one thing.  Okay, here goes.  I bleed from my vagina.  A LOT.  There, I said it.  Now can I ask: Does anyone know why I keep bleeding from my vagina?

It’s the weirdest thing.  I’ll just start bleeding.  And I mean BLEEDING.  It keeps going and going, often for hours at a time and this goes on for days.  Yes, you heard me right: DAYS.  Can you believe it?  It’s so embarrassing!

I used to think it was random.  Used to.  But it was happening so much that I had to pay attention.  It’s like clockwork!  It’s EVERY.  SINGLE.  MONTH!  How crazy is that?!  Do you ever get a random nosebleed and just think, “Gosh, how inconvenient?”  Now imagine it’s your vagina and it happens every month!  I’m not kidding!  I’m so weird!

I hate to admit it, but this has been going on since I was a teen.  I KNOW!  Early on, I couldn’t cope.  I was bleeding through my underwear, I didn’t know what to do.  You know what else?  I can’t believe I’m going to tell you this but … every time I bleed, I plug up my vagina with something.  I’m serious!  I mean, what would YOU do?  How else am I supposed to control the bleeding?  I’ve tried numerous things, believe me, but thank goodness I found these things called tampons.  I’m not sure what they’re actually supposed to be used for, but it’s been a lifesaver for me!

In case you’re asking, it’s the vagina for sure.  My pee and poop are fine.  No blood there.

Bleeding!  FROM THE VAGINA!  How can this be?!

Sure, I like to ride my bike now and again.  But I don’t remember lacerating my thigh, let alone my reproductive organs.  I’ve pulled groin muscles before in kickboxing class, but can you pull your vagina?  I don’t think you can.  Can you?  Ugh!!!

I’ve tried to talk to my husband about this but he doesn’t understand, and why should he?  “It’s not like I bleed out of my penis,” he says.  He avoids me when I bleed because I get all cranky and emotional.  Can you blame me?  WHY AM I BLEEDING FROM DOWN THERE??!!

But I did muster the courage to approach my mom and sister.  And guess what?  They’re been experiencing it too!  WHAT ARE THE ODDS?!  Whatever this is, it’s clearly hereditary.  Maybe there’s some genetic test I could take?

Wanna hear something else too?  The bleeding stopped COMPLETELY when I was pregnant.  Both times!  How wild is that?  I wonder if my babies stopped the bleeding?  By pressing on my vagina?  My nurse friend uses the word “tamponade.”  It’s a crazy idea, right?  I mean, my babies did come out covered in blood …

I finally saw a specialist last month and I was so disappointed.  My gynecologist called it menstruation, but I don’t like the idea of being labeled.  So I stopped seeing her.  Sigh.

I’m hopeful though.  I’m hoping I can bring some awareness to this awful condition and maybe one day we’ll be on the road to a cure.  Vaginal bleeding.  Unreal.

In the meantime, can I ask another question: Why do I always keep having these intense cravings for dark chocolate?!  Is it cancer?