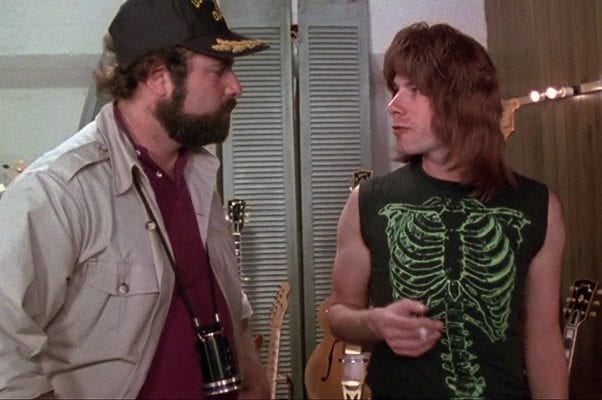 VANCOUVER, BC – In the movie This is Spinal Tap, guitarist Nigel Tufnel proudly shows off an amplifier that turns up to eleven instead of the standard ten.  Now, thanks to the hard work of a patient advocate at the Union Hospital of BC, patients can express themselves like rock stars.

Gemma Kane, who championed this effort, describes her inspiration: “I was doing my tour of the emergency department, looking for ways to improve our hospital.  The physician was tied up in the trauma bay and the remaining nurses were scrambling to get IV fluids and antibiotics running.  So I approached a group of patients who looked bored in the subacute area.”

What Kane uncovered was a systemic complaint about health care: professionals just not listening.

Ryan St. James, one of the patients interviewed by Kane, put it this way: “If only the docs knew how much pain I was in, I’m sure they’d take me seriously.  They’re hiding something and only giving it to folks who got it bad.  Well I’m telling you, I got it real bad.”

When asked to list what he had tried, St. James said his doctors have tested his blood multiple times and scanned him with whole-body MRIs, only to find everything was normal. He has also tried more drugs than he can remember but he is convinced there is another option that his doctors just are not telling him about.  St. James says his experience is not unique.

“My GP referred me to a support group for people living with pain.  Everyone there has pain that is at least nine out of ten at any time.  But usually it’s more like eleven or twelve.  And when things are bad, watch out, we break into the fifties here!”

Kane said that it was stories like this that inspired her to come up with a pain scale that goes up to eleven.  “Folks who found ten out of ten pain too constraining can more accurately express how they feel with an eleven.”

Staff at the Union Hospital will have to attend a mandatory training session outlining the new pain scale but Kane is not stopping there.

“Really, the scale only goes up to eleven because doctors are a conservative lot and don’t deal with change well.  You kind of have ease them into new things.  The next step is to raise the cap to twelve and eventually to do away with an upper limit altogether.  And then, if you say ‘It’s over nine thousand,’ then the doctor will have to write that into your chart and take it into consideration.”