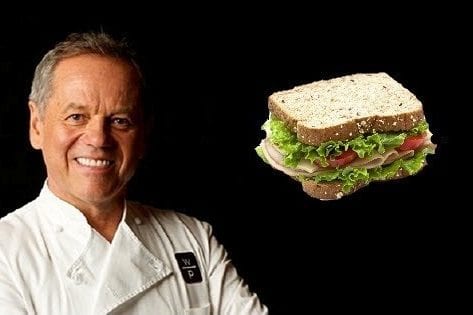 DALLAS, TX – DOA Hospital group in Frisco, Texas unveiled a new initiative in partnership with Wolfgang Puck to provide “therapeutic gastronomy” for ED patients at their hospitals.  These turkey-based sandwiches will combine mood-improving pharmaceuticals and the highest quality ingredients selected by Mr. Puck himself. 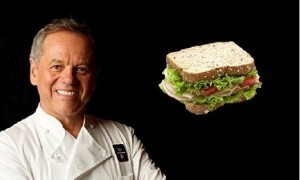 “We are excited about this initiative,” mumbled a spokeswoman for the hospital chain while scarfing down a sandwich.  “We foresee this taking our quality of patient care to the next level.”

Chef Puck’s personal favorite is a turkey sandwich served with goat cheese spread imbued with crushed Percocet tablets, called “Turkocet.”  One out of 10 of these offerings will come with a wrapper that could also be used as a work excuse.

Some other examples of turkey sandwiches in Chef Puck’s line will include a classic organic, free-range turkey preparation marinated in a balsamic vinegar, raspberry, and Valium glaze served on Kaiser rolls imported daily from Munich Germany.  A turkey, Swiss cheese, and avocado French dip with pesticide-free arugula, pickled daikon radish, and a “Ritalin au jus” will also be on the menu.

In an unrelated story, DOA hospitals later this week will announce mass layoffs of nurses, doctors, housekeeping personnel, and a decrease in capital expenditures previously earmarked to replace the malfunctioning autoclave.  Despite this, DOA states that they expect Press Ganey scores to triple within a week thanks to the new initiative.  They also expect non-emergent ED visits to double around lunchtime for the foreseeable future.