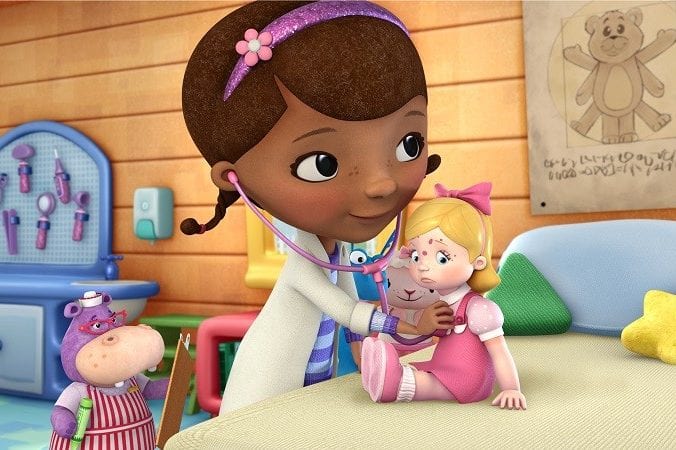 BURBANK, CA – Just on the heels of an amazing comeback, the Disney Channel has now stopped patient care operations in the backyard playhouse clinic of Dottie “Doc” McStuffins after a Joint Commission audit revealed myriad protocol and safety deficiencies.  Daphne Chambers-von Recklinghausen, RN, BSN, CPCS, speaking on behalf of the Joint Commission said, “The McStuffins backyard playhouse has exhibited a woeful neglect of safety and privacy procedures, and we cannot allow Doc McStuffins to continue to expose millions of children to a vision of suboptimal health care delivery.” 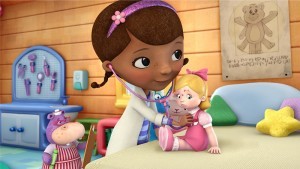 The violations emerged from a recent surprise Joint Commission audit of the toy clinic. Notable breaches included lack of HIPAA procedures and compliance documentation, lack of an electronic health record (EHR) combined with improper storage procedures for paper charts.  “Charts are often visible to television viewers, which is an obvious and egregious violation,” noted Chambers-von Recklinghausen.  Additional deficiencies included improper head covering during procedures, the absence of a timeout protocol for procedures, and lack of chaperoning during cross-gender examinations.

The audit also noted the following problem areas for the backyard toy clinic:

Chambers-von Recklinghausen voiced regret over the findings but stated that they were “necessary from a patient safety culture perspective.”  Bob Iger, Chairman and CEO of the Walt Disney Company, defended McStuffins, noting that she has “healed many toys and warmed many hearts” since the premiere of the series in 2012.  Nevertheless, he indicated that production of the show was on “hiatus while the clinic was retooled and procedures reviewed.”

Doc McStuffins was not reachable for comment because she was sobbing uncontrollably in her playhouse and refused to come out to answer questions.  Her mother, Dr. Myiesha McStuffins, said, “My daughter is understandably shaken up by the unfairness of the situation, but I don’t have time to go into this further because I have meaningful use and recertification headaches of my own.”