BOSTON, MA – In the latest issue of the New England Journal of Medicine, a multicenter randomized controlled trial of 256 patients at 18 centers across the United States and Europe has revealed that fecal microbiota transplantation (FMT) for the treatment of severe and recurrent C. difficile infection (CDI) is not only safe and effective, but is also disgusting and kind of gross. 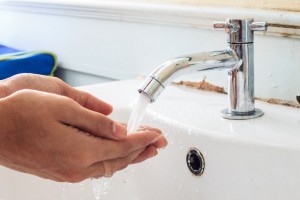 In the foul-smelling landmark study by Dr. Doug Johnson, 256 patients over a two-year enrollment period were randomized to a fecal transplant (poop) group or control (no poop) group.  The FMT group (poopies) received donor stool from healthy individuals (poopers) by nasogastric tube.  A remarkable 72% of patients in the FMT group were cured, compared to 0% in the control group.  However, 100% of patients in the FMT group felt the process was “nasty” and “somewhat vile.”

Johnson concluded that the results were encouraging for the management of relapsing CDI by showing that donor stool restores bacterial symbiosis in the recipient’s colon, breaks the recurrence cycle, and leaves the patients to ask themselves, “What on earth did I do to deserve this?” Johnson also commented that the study was “ridiculously messy, smelly, and nauseating” and “actually, I hope to never be part of such a trial ever again.”

The study reinforces findings from 2 relatively recent papers: (1) a meta-analysis highlighting the importance of FMT in providing a useful but stomach-churning therapeutic option in immunocompetent patients with numerous relapses of CDI and (2) a retrospective trial noting that FMT in the treatment of CDI in immunocompromised patients is equally safe, effective, and revolting.

Johnson added, while scrubbing his hands thoroughly with soap and water: “I cannot emphasize how disgusting this whole process has been. P.U.”

So who are the best candidates for stool transplantation?

“Fecal transplantation works best in patients with severe and recurrent disease who have failed conventional therapy with metronidazole and vancomycin,” said Brigham & Women’s gastroenterologist Sumeet Shah.  “They must also lack a total sense of taste and smell, and ideally are oblivious to the fact that they are about to consume someone else’s feces.”

Several routes of administration of donor stool have been studied: by enema, by colonoscope, and by nasogastric tube.  All three routes have shown some degree of promise and efficacy.  Although the optimal route remains unclear and continues to be studied, one thing is certain: all of them are really crazy and generally repulsive.

There is no standardized process for the collection and preparation of donor stool.  In general, donor stool from healthy patients is screened for pathogens before it is mixed in a kitchen blender with equal amounts of sterile normal saline.  Gastroenterologists recommend a proton-pump inhibitor (PPI) prior to nasogastric administration of donor stool.  Gastroenterologists also recommend giving a huge, encouraging hug to all patients, independent of route of administration, to help them through this awful, awful, traumatizing experience.

FMT is considered to be safe, yucky, icky, and gross.  Adverse effects are mild and consist mainly of abdominal gurgling, gas, regret, and self-loathing.  Complications are rare.

“Now and again we do have a case of aspiration,” said Shah, who then briefly shuddered.  “That’s right, fecal aspiration.  Nasty.”

Though more studies are in the pipeline, investigators are already postulating the idea of C. difficile prophylaxis.

“It’s hard to say how that’ll pan out,” comments Shah.  “But imagine if it does.  Imagine a day when patients would receive enoxaparin to prevent blood clots and a cup of stool to prevent C. diff infection.  It’s great and horrible at the same time.”

Other subspecialties such as infectious diseases, pulmonology, and urology are following these studies closely as it may open up new objectionable doors of opportunity: phlegm transplantation for recurrent pneumonia or exacerbations of obstructive lung disease, and urine transplantation for the treatment of multidrug resistant urinary tract infections.