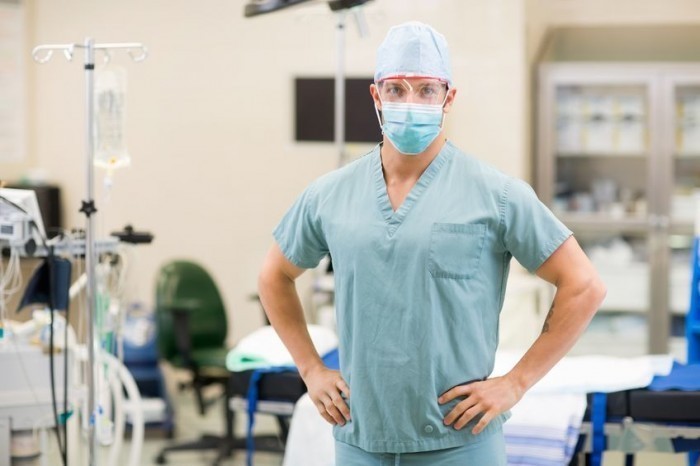 BOSTON, MA – Unable to settle a decades-long debate amongst themselves, orthopods at Massachusetts General Hospital (MGH) have swallowed their pride and consulted their internal medicine colleagues to help them spell their speciality: is it orthopedics or orthopaedics?

“We just can’t tell if it should be spelled orthopedics or orthopaedics with the A in it,” explained Dr. Brock Hammersley, who cannot decide if he is the Chief of Orthopedic Surgery or Chief of Orthopaedic Surgery.  Sometimes he wants to change his title to Chief of Bones.  “This question has haunted our speciality ever since bones were invented.  It nearly caused a schism back in the 90s.”

Hammersley refers to 1994 when orthopods divided themselves into one of two factions: the No A and Pro A groups.  Hundreds of orthopedic surgeons sustained career-ending injuries as they tried to settle their differences over arm-wrestling matches, push-up contests, and other feats of strength.  A truce was called, however, saving scores of biceps on the agreed upon condition: they would just be called Ortho, leaving off the other syllables, until future generations can resolve the issue for good.

“For orthopods like me, it’s the giant elephant in the room,” continued Hammersley, eagerly refreshing his computer, hoping a Medicine consult note has been completed, even though he just called the consult eight minutes ago.  “After all these years, I think we need an answer.  I tried to figure it out myself but after the second syllable things kind of got fuzzy and I needed to sit down.  Times like these we really appreciate Medicine.”  He refreshed the computer one more time, still no consult.  “Come on!  What’s taking them so long?”

For reasons unclear, Hammersley made the patient NPO after midnight and ordered some Ancef in the event that helps Medicine with the spelling thing.