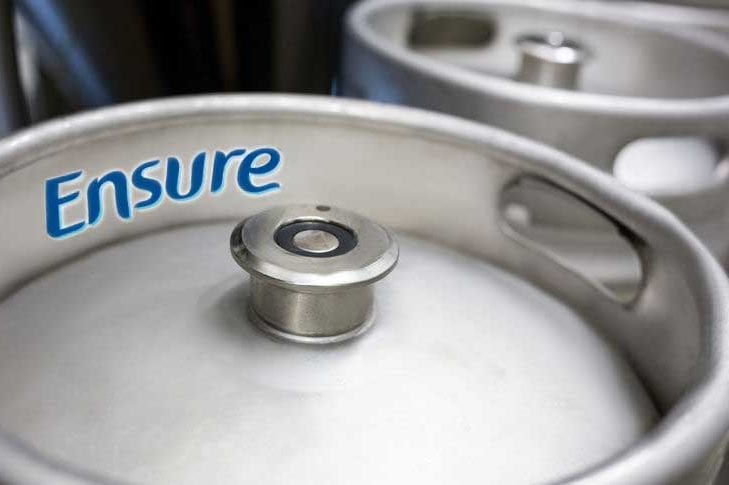 LAKE BLUFF, IL – You spoke and they listened: Abbott Laboratories, maker of nutritional supplements, has announced that their product Ensure is now available in a 15.5 gallon keg form.

“Ensure consumers are a loyal fan base and they keep wanting more and more,” said Abbotts Laboratories spokesperson Miranda Ahn.  “Ultimately they wanted this sized Ensure.  Anything short of that would’ve been a failure in ours fans’ eyes.  Failure is never an option.”

“That’ll be one helluva nutritional keg stand, I’ll tell you what,” explained hospital-based nutritionist Constantine Lowe, whose albumin is 4.0.  “All we need is a Boost ice luge and can have one hell of a protein-calorie party.”