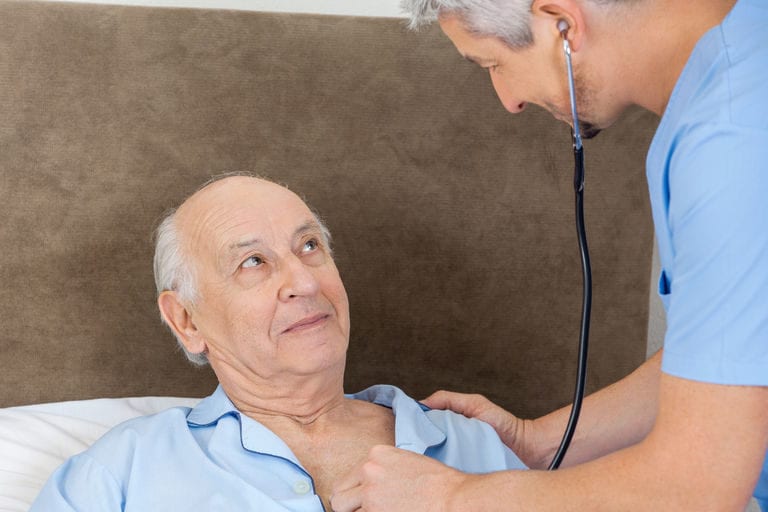 BOSTON, MA – As Nurse Ned Franks leans in with a stethoscope to listen, patient Andy Charles can think of no better time today than right now to start a violent coughing spell right into his nurse’s face.

“I thought about it deeply and I have concluded that now is the appropriate time to act, to show my nurse that this pneumonia perhaps influenza is still taking hold of me, by engaging in paroxysmal sputum production and coughing directly into his face, maybe even into his mouth if I can aim correctly,” Charles explained to Gomerblog.  He briefly thought about turning his head to the side, but decided against it.  “No, coughing directly at him, it’s the right thing to do.”

Charles is 100% certain he will not cover his mouth either.

Charles admits he thought about engaging in a coughing spell when Nurse Franks first walked into the room or in the subsequent 10 minutes after that when he was closer but still at a safe distance getting medications ready, asking questions, and working at his mobile computer station.  He ultimately changed his mind.  “What can possibly be more rude than me hacking a lung while he’s asking me questions at a safe distance?  No, I have to be respectful and wait until he’s up close.”

When Nurse Franks grabbed the stethoscope from around his neck, Charles took it as a sign to start finding some way for his bronchioles and posterior pharynx to initiate peak irritation.  “When he put the buds of the stethoscope into his ears, I realized that it was a signal to start ramping up my secretions, really turn that tickle in the back of my throat into something uncontrollable,” Charles went on to explain.  “I ultimately figured his leaning in was the ultimate go ahead, to do my worst.”

Charles doesn’t believe in coughing when he’s alone in his room for no one else to hear or observe.  “Nurse, doctor, tech, social worker, it doesn’t matter, they need to see me cough and see it up close,” Charles reasoned, unwavering in his beliefs.  “Now excuse me, time for me to cough my brains out since he’s only inches from my face.  Plus, I think I have a pretty good sneeze coming too.  Man, he’s gonna love it!”