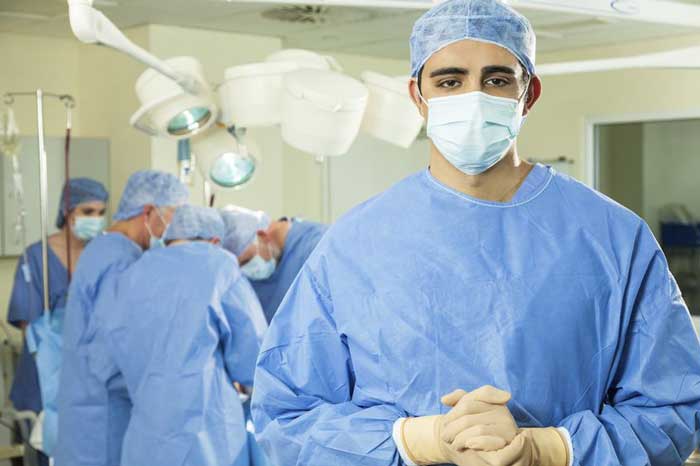 BOSTON, MA – Hospitalists, neurologists, and neurosurgeons at Massachusetts Specific Hospital in Boston were dumbfounded this morning when they found that a note by orthopaedic surgeon Brock Hammersley mentioned the finding of horizontal nystagmus.

“What the f**k, dude?  Since when are we considering the eye a bone?” complained neurologist Dr. Amy G. Dala, who was shocked to see both the eye and neurological exams noted in Hammersley’s note.  “I can’t even begin to explain how upsetting this is.  Hey, Brock, how about you stay in your damn lane?!”

“I didn’t realize they knew the word nystagmus, it’s a whole syllable more than femur,” said hospitalist Tyler Hopkins.  “You don’t see me going around talking about all of my patients skeletal issues.  That’s because I respect orthopods.”  He added later, referencing Hammersley: “Jerk.”

To make matters worse, not only did Hammersley take note of horizontal nystagmus on his physical exam, he also mentioned it in his “lengthy and wordy” assessment and plan.  “Defer to hospital medicine and neurology, though we should consider such etiologies as multiple sclerosis, brain tumor, other neurologic processes, or perhaps even medication side effect.”

“JESUS, DID YOU READ THIS??!!” Dr. Amy G. Dala exploded, referencing Hammersley’s differential diagnosis.  She and Hopkins were livid.  “SERIOUSLY, WHO DOES THIS GUY THINK HE IS?!”

Sources close to both Dala and Hopkins, who wish to remain nameless, have told Gomerblog that the reason for their outbursts are simply because they both missed the finding on their own exams.  Pure, unadulterated shame and jealousy.  “Let’s just say both were served a hefty dose of humble pie,” said one source.

In other news, “Gunner” Hammersley has been spotted at a patient’s bedside performing a lumbar puncture in a patient with ascending bilateral lower extremity weakness in order to both rule out Guillain-Barre and kill time before the next case.