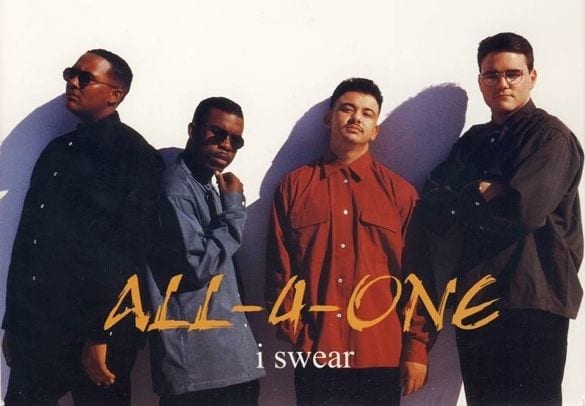 WASHINGTON, DC—In a stunning display of bipartisanship that is all too rare in Washington these days, Congress unanimously passed a new health insurance plan today. This historic bill, entitled “Medicare-for-All-4-One,” guarantees free lifetime medical care for the 1990s super-boy-band that introduced the world to such powerhouse hits as “I Swear” and “I Can Love You Like That.”

“The pundits all said we’d never find a solution to the health care crisis that we could all get behind,” said the beaming Speaker of the House and Senate Majority Leader in a joint press conference announcing the deal. “Boy, does it feel good to prove them all wrong.

“Once again,” they continued, “All-4-One has brought the nation together, just as they did so many years ago. Before there were the Backstreet Boys, N SYNC, One Direction, and whatever the hell BTS is, this quartet of Boyz II Men wannabes was delivering everyone lucky enough to be alive in the mid-1990s such unbridled joy with its magical rhythm-and-blues rendition of ‘I Swear.’ These boys lifted the spirits in all of us, and now it’s time to lift theirs.”

These 4 mega-talented men may have done more than just lift everyone’s spirits; many believe that their majestic voices had actual healing powers. Some insist that their heavenly tones and perfect harmonies could cure cancer. Others, like the Speaker, point to the band’s ability to heal a certain embarrassing condition. “Whenever we played their music,” she said, “my husband’s erectile dysfunction simply disappeared. And on those nights…boy, did he ever love me like that!

“The least we can do for these blessed healers,” she continued, “is to make sure they never have to pay another cent for their own health care.”

The new bill apparently came together very quickly, according to one Congressman. “When the Speaker informed us that the bandmates are all in their mid-to-late forties—meaning they’re two decades removed from their last money-making song and still nearly two decades away from being eligible for the current Medicare—we all immediately assumed they were now broke and ailing from a litany of health problems. We knew we had to act fast to get these fallen heroes the care they deserve.”

Amazingly, the Speaker and Majority Leader ended the press conference by embracing and, in a capella style, belting out: “We swear by the moon and the stars in the sky, we’ll be there…for you, A-4-O.”

The response from the public has been overwhelmingly positive, even considering taxes will undoubtedly be raised to pay for this plan.

Reached for comment, the band members replied, “Um, thanks, but we’re doing just fine.” They also noted that they’re still together and, in fact, they’ve never stopped making new music.

No, really, I swear.