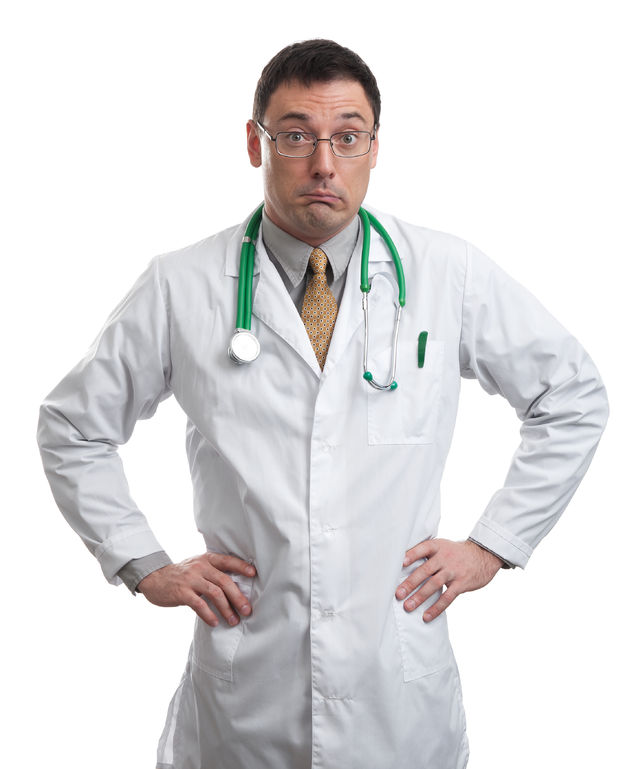 ANN ARBOR, MI – For several days medical intern Brent Hammock appeared very confused.  He had lucid moments now and again, but he was usually in a daze.  He was disoriented, agitated, and combative.  He was clueless.  More often than not, he responded only in one to three word answers, if he chose to answer questions at all.  Family members were concerned that he was different.  So were his colleagues.  Nurses questioned his judgement and finally brought it up with Hammock’s team: he was altered and becoming a danger to himself and others.  For that reason, Donna Rice of Psychiatry was consulted. 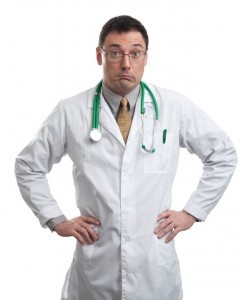 Today Rice made her final assessment and it’s official: intern Brent Hammock does not have any medical decision-making capacity.

The outcome does not come as a surprise to anyone.

In an excerpt from her lengthy consult note, Rice summarizes her assessment: “Medical intern Brent Hammock clearly does not show adequate reasoning or understanding of the risks, benefits, alternatives, or consequences associated with his decisions, particularly when it comes to the practice of medicine and the diagnosis and treatment of disease.”

Shawn Torres, a patient of Hammock’s admitted three days ago for congestive heart failure, called Rice with the consult.

“I felt Dr. Hammock was out of character,” Torres explained from his hospital bed.  “When I asked him why he was giving me 400 mg of Lasix even though I was in renal failure and hypokalemic, he blushed and said ‘Ummm’ and ‘Well’ a lot and kept clicking his pen nervously.  Then when I asked him if I could take a shower, he never responded.  I just… I just don’t think he knows what he’s doing.”

Rena Damien, Hammock’s senior resident on wards this month, agreed with the consult.

“I first thought about calling Rice when he treated hyperkalemia with potassium,” said Damien, shaking her head in disbelief.  “Just these past few days alone, he has misplaced his stethoscope, mistaken insulin for aspirin, gone into an airborne isolation room without a mask, ordered a stat social work consult for placement, and fallen asleep during a spinal tap he was performing.  Did I mention he once ordered serial chloride levels?  Chloride levels.  I’m glad Rice was called.  It was time.”

Charge nurse Betty Thomas offered this observation on Hammock: “Every time his pager went off, he became incontinent and cried.  He thinks he’s a doctor, poor little thing.”

Hammock started on inpatient wards five days ago and this is his first ward month as a physician.  Torres, Damien, and Thomas are just a few of the numerous patients and colleagues who have noted Hammock’s change in mental status and behavior.  He stopped shaving and showering.  He was disheveled.  His white coat was covered in coffee stains and his pockets were filled with never-ending sheets of folded paper full of illegible and incoherent scribble.  He never knew the answers.  Worse, he never had any questions.  In a matter of days, many people realized that Hammock couldn’t make medical decisions on his own and that someone needed to step in.

“It was the right thing to do,” said Hammock’s attending and newly appointed medical power of attorney Justin Lane.  “He needs to get well.  I promise I’ll do my best to make decisions based on how my intern would think and act if he were in the right mindset and could manage diseases like a competent medical provider.”

Hammock’s case has set a precedent regarding the care of patients by interns.  Within hours of Rice’s official assessment, her pager and phone lit up with a record number of new consults, all with the same clinical question and request.

“Nurses, attendings, patients, families, they want every intern evaluated for capacity, irrespective of their specialty,” replied Rice, her consult list growing exponentially.  “It’s a lot of work for me but hey, can I blame them?”  Rice goes on to explain that she would have had help this month on consults, but recently found out that it was in the form of two brand-new interns.

Needless to say, Rice has chosen to work this month solo.

As for Hammock, he has been placed in a room across from the nurse’s station for closer monitoring.  He has a Foley in place.  For now, he has a one-to-one sitter, with restraints, Haldol, textbooks, and UpToDate ordered as needed.