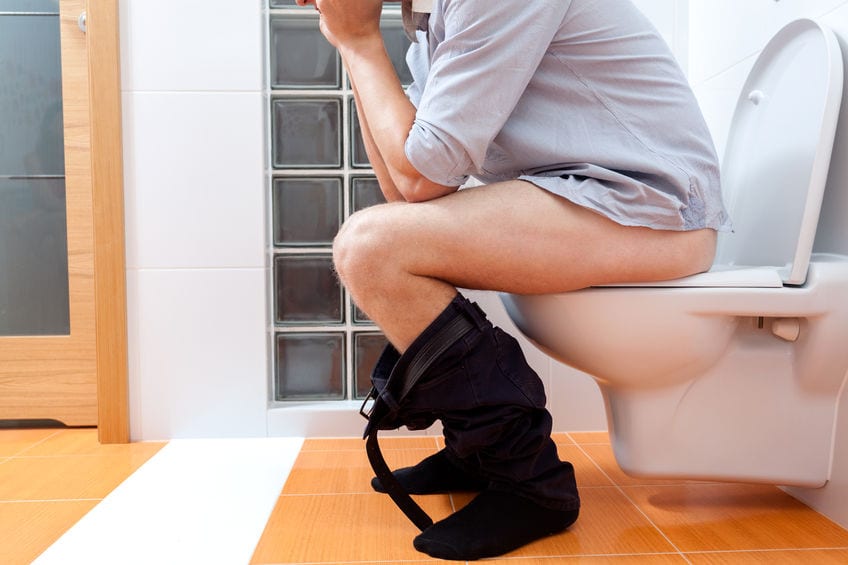 ATLANTA, GA – The American Gastroenterological Association (AGA) has told Gomerblog that drinking a huge-a** pot of coffee is officially the bowel prep of choice prior to colonoscopy, dethroning polyethylene glycol and other related compounds.

“The one thing that is paramount before a colonoscopy is performed is ensuring that an excellent bowel preparation takes place,” states Dr. Bishr Omary, President of the AGA, adding that up to 25% of bowel preparations are suboptimal.  “Orally bolus a whole pot of coffee 1 hour before the procedure?  It’ll be the cleanest, shiniest colon you’ve ever seen!”

Historically, patients have been instructed to eat a low-residue due or clear liquid diet 24 hours before the colonoscopy.  They would then undergo bowel preparation with GoLYTELY or another related bowel agents before making themselves NPO after midnight.

The paradigm changed over the past two years as coffee’s importance in modern health care became evident.  In January 2016, mortality rates plummeted the moment the Joint Commission okayed coffee at the nurses station.  In July 2017, a study in the New England Journal of Defecation showed the average coffee sip-to-sh*t time was 29 seconds, propelling its study by gastroenterologists and general surgeons.  Then in October 2017 coffee won the Nobel Prize in Medicine and, shortly thereafter, coffee was catapulted propelled into the national spotlight.  Just this past April, hospitals debuted Starbucks Frappuccino drips.

“The Boston bowel preparation scale is something commonly used to rate the quality of a bowel prep,” explained Omary, downing a cup of coffee of his own.  “The highest score is a 9, meaning that you can visualize the entire mucosa of the ascending, transverse, and descending colons.  I have yet to meet the patient that drank coffee and didn’t immediately have a score of 9.  Sometimes I want to score them a 10, even 11.  To have a bowel prep that cleans out your bowels, tastes good, and keeps you awake?  It’s an amazing thing.”

He added moments later: “Sorry, but please pardon me, I need to use the restroom!”