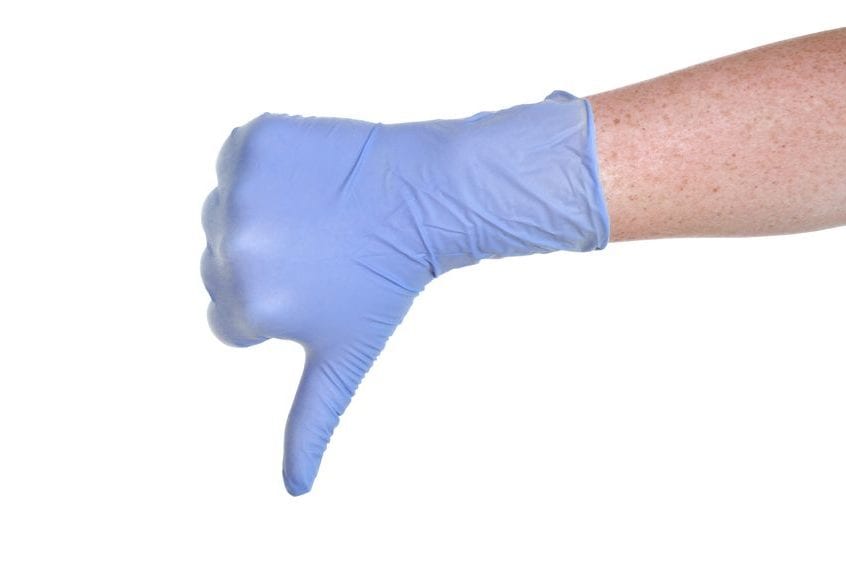 PORTLAND, OR – In an audacious display of waste and privilege, new intern Thomas Donaldson simply threw away a perfectly good disposable glove in his first week on the job like some kind of millionaire.

“It was appalling,” stated Erica Goodman, an ICU nurse and witness to the horrific act of improvidence.  “In all my years, I’ve never seen such wastefulness.  That glove could have been used to change a Foley, reposition a rectal tube, or wipe down a pannus.  It’s a shame.”

Reports suggest Donaldson intended to grab two gloves to wear during his examination of the patient, but accidentally pulled a third glove from the overstuffed box of 3M Nitrile-free disposable exam gloves.  Instead of putting the disposable glove back in the box like a reasonable human being, he threw it in the trash like somebody who owns a sportscar and has a reasonably-low interest rate on a house in a good neighborhood.

What’s worse is that the intern expressed no remorse for his action and seemed to not even notice the horrified looks from the rest of the health care team.  “He just went ahead with his exam, completely unaware of the immense harm he had just inflicted upon the environment,” said Barbara Schmidt, attending physician and responsible user of health care resources.

Later in the day, Donaldson was seen throwing away extra napkins in the cafeteria and using more instant hand sanitizer than was necessary.